On our first day of class, we had to pull three students from the sewer pipe

At the start of every school season, Duke University welcomes hundreds of enthousiastic, motivated students, but after only a semester more than half of them will have dropped out, disillusioned and disaffected. “Young hopefuls arrive with the idea they too can be Super Mario”, Vice President Renzo DiLuigi says.

Almost immediately after the release of the very first Super Mario game in 1985, the Master of Plumbing program saw skyrocketing enrollment numbers. “That’s also where trouble starts”, explains DeLuigi. “On our first day of class, we had to pull three students from the sewer pipe. Party’s very much over for us, then. We learn people how to unclog a toilet, not how to save a princess.”

Jack Fore has been a teacher of Siphon Trap Technology with the Plumbling program. He has seen things develop before his eyes: “First day of the semester, they all come rushing into the car park in their carts, banana in hand. This makes clear to me: They’ll never be an A-grade plumber. If you want to fight with monkeys, why not do Biology, but don’t come wrecking the school building.”

Still, for DiLuigi the profession of plumber still is the best the world has to offer. “In the end, the true plumbers come to the fore. Every year, they generate so much energy on campus. As I use to say: Let’s-a go!” 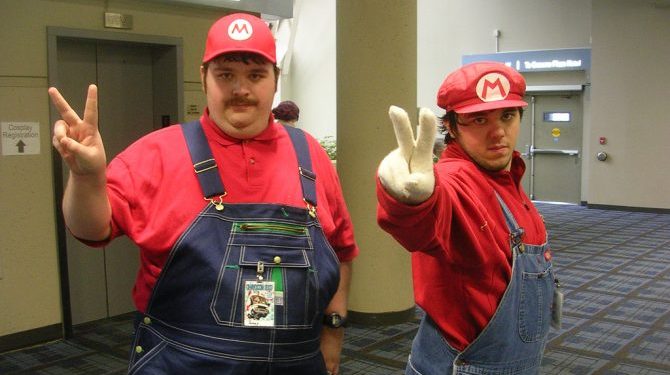