How is it possible, other than by monopolistic oligopoly, that ‘loyalty’ programs by e.g., airliners and supermarkets, aren’t; in fact, seem to be the opposite ..?

Take airlines: Sure, some travel a lot, and the same for private purposes on their reward points.

But… What are the airlines rewarding? Not loyalty. The very same customer will fly whatever takes them to their business (..!) destinations cheapest, excepting a few kickback discounts and overrulings by potentates that want to keep collecting private miles thus robbing their employers of savings. And points, sometimes. If it isn’t enough punishment already to those left behind, that others are away on fancy trips at company’s expense, the same travellers also get the points? The ‘draconian’ measure here and there where points are retrieved by the employer and allotted to all employees (or returned to the airlines for money, one guesses), makes sense from a fairness perspective.
Don’t fool yourself into believing there’s loyalty from customer companies towards any airline. It’s about money and nothing else.

And, what is loyalty? Is it measured by the number of miles one flies? As per the above; business traveller dominate the landscape (those who really fly a lot on private expense, switch to jetsharing as fast as they can anyway – about as disloyal as one can define), and as said they don’t care the least. And they take travel in short bursts, like, for only five to ten years; before and after that, they very very very often travel far, far less, for less, or immediately jump ship to a low-cost cattle-class start-up.

Yes, the key point is there: Five to ten years only – what absurd definition of ‘loyalty’. E.g. (!) personally, I’ve been on preference with one airliner (only) since my first flight back in ’69. How is that loyalty rewarded? You guessed it: By scoff ever more. I flew on the airline before the vast majority of its current employees were even born, and yet ‘nobody knows you’ let alone rewards anything for such long loyalty. Instead of giving one more and more points when one returns again and again over the years regardless of a temporary bump-up due to business travel, it is joiners that get the free points bonus and the rest may as well not exist.
Customers are hardly-graciously allowed to be loyal, but the peasants mustn’t annoy.

Where did Marketing change to not tell any longer that the 80% customer base is much more valuable than the 20% new/other customers you’re chasing, with retainer costs at 20% comp. to the 80% cost applied to the prospects?
If you tell me that airliners don’t have the records from 20, 30, … 50 years back and/or can’t match, then that’s their problem.

Same for supermarkets. Some discounts here and there are nice, but definitely the same for everyone, and the lift/shift part is obvious (sometimes ridiculously so) with the /retention part being nowhere.
Complain that it is the customers that walk away for the slightest discount at your competitor? Consider the flight of fantasy [I know…] that you made them disloyal with your complete disinterest and inattention… 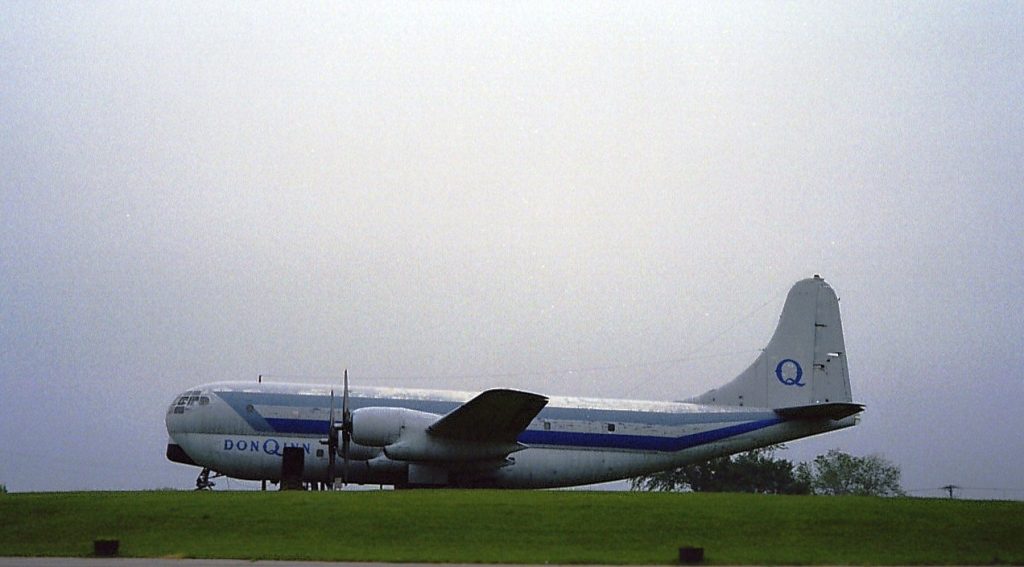 [Your ‘loyalty’ will leave you in the middle of nowhere; somewhere in Iowa of Ohio or has anyone the actual coordinates? Oh wait is it here: https://www.donqinn.net/ ..?]