Which one shouldn’t. Even at the most negative end of What Gets Measured Gets Done, there is some truth like, some grains. Where no measurement and reward (sic I) for performance, may not entice too many to be worth their salt (sic II). In today’s total-information society, it’s the free riders, the freeloaders, that escape unharmed with their booty. ‘Hedge fund manager’ like. Possibly to be villified by history as the worst atrocities of humanity ever, but that remains to be seen as history commnly is written by the winners and forward-looking one is not (can not be) sure who that will be.

But change is in the wngs, and is needed indeed. Too many are still driven by assembly line (i.e., geriatric) target setting and (micro)management. Don’t get me started on the latter or I spam you into oblivion with bold 80 point [Expletive starting with an F] You’s.

From the Other Side, there’s renewed talk of personal development through not To Do lists but Have Done lists.

Now, can these be deployed to structure human activities’ objectives ..? Having biweekly open discussions about ‘production’ even when the employee is somewhat free to decide what to work on as long as it’s slightly related to a long-term organisational goal that everyone shares — the Original idea why people banded together in companies, taking that label from the military where already it denoted comradeship and protection towards a common achievement.
Even where proxies are needed, as e.g., project-style work with deliverables only after some time, at milestones and deadlines. Even where managers’ understanding needs to be raised through the (their) roof to capture the content innovation and disruption of the Knowledge Workers doing the creation of work/deliverables/-content and actually understanding how that ties into the total achievement – / required. Even when those ‘managers’ need to grasp the idea that much time is spent very maybe not being worth the salt, to in a blink of an eye arrive at some final nugget worth all the salary previously invested (‘thrown overboard on useless loafing’ which is required for the nugget to materialise). Enabling work at home for many; much more efficiently and with the very same productivity if not much more in the end (when all have become accustomed to the idea(s as here before)).

Yes, this leaves overall performance to ‘managers’, to integrate and achieve, and to report, and to translate downwards to personalised (individualised and adapted to individuals’ personal capabilities and development goals) general work directions. No more forty hours sitting in a cubicle — brains dying of boredom all around but “you don’t get paid for not being bodily present less than forty hours (plus/plusplus) even if you aren’t in the least productive overall”. Such is life. The organisation doesn’t give a [expletive starting with an s] about how you get [same] done, as long as your group delivers… Managers are of the work force, not above it ..!

I’ll work on this topic later, to develop the organisational structures to support this…
Oh, and: 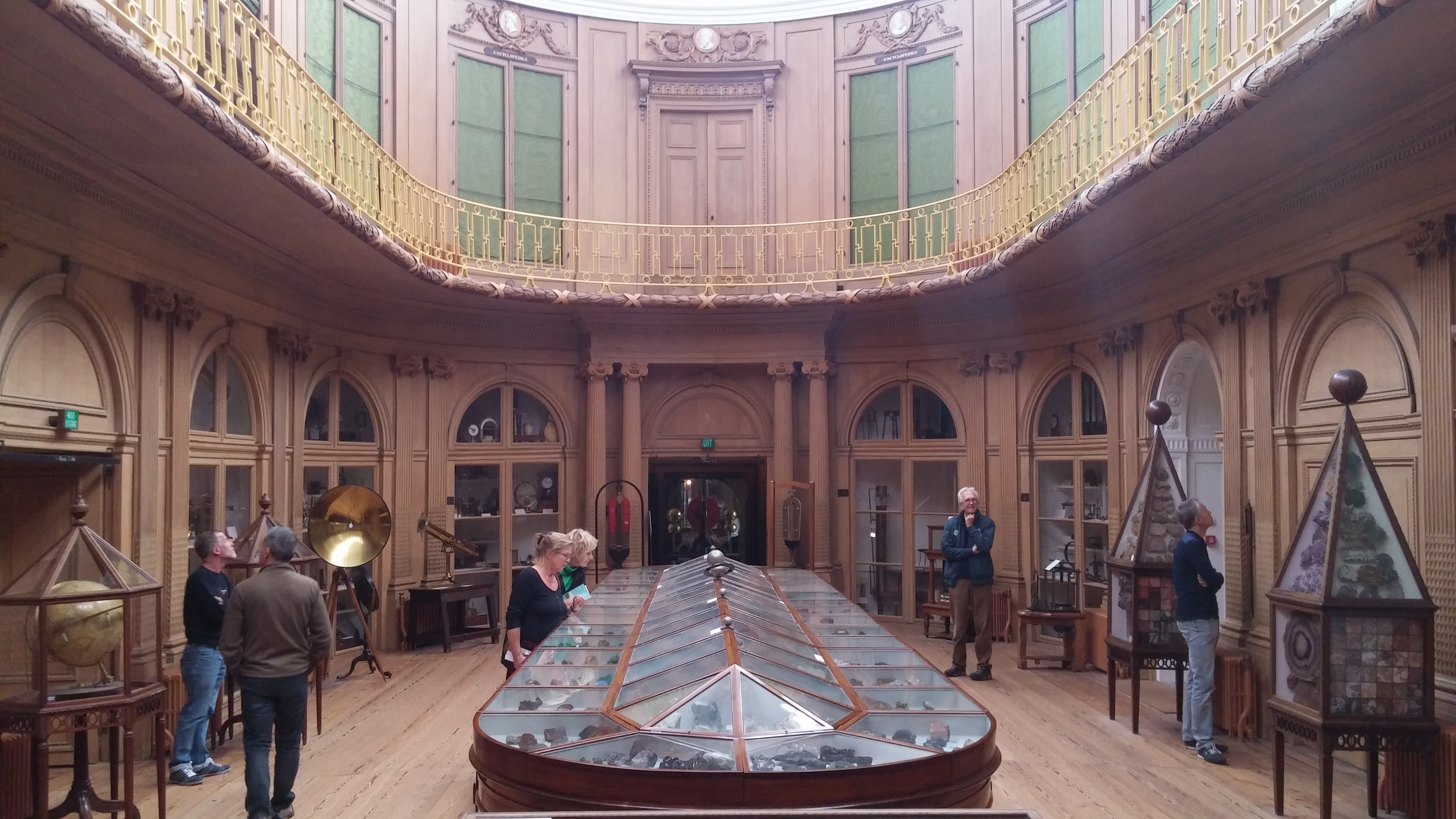 [Where Museum is splendid form and function; Teylers’ Haarlem]