When the latest news on information security points in the direction, away from reliance on technical stuff, of the humans that you still can’t get rid of (yet!), all are aboard the ‘Awareness is just the first step, you’ll need to change the actual behaviour of users‘ train. Or should be, should have been, already for a number of years.
In Case You Missed It, the Technology side of information security has so far always gobbled up the majority of your respective budgets, with all of the secondary costs to that, buried in General Expenses. And the effectivity of the spend … has been great! Not that your organisation is anywhere near as secure as it could reasonably have been, but at least the majority of attackers rightly focus not on technology (anymore – though still a major headache) but on the feckle user discipline. Oh how dumb and incompetent these users are; there will always be some d.face that falls for some social engineering scam. Sometimes an extremely clever one, when focusing at generic end users deep down in your organisation, sometimes a ridiculously simple and straightforward one when targeting your upper management – zero sophistication needed, there.

The point is, there will always be some d.face that makes an honest mistake. If you don’t want that, you’ll have to get rid of all humans and then end up overlording robots (in the AI sense, not their superfluous physical representation) that will fail because those underling users of old held all the flexibility of your organisation to external pressures and innovation challenges.
Which means you’re stuck with those no-good [i.e., good for each and every penny of your atrocious bonus payments] humans for a while.

Better train them to never ever deviate from standard procedures, right?
Wrong.
Since this: Though the title may look skewed and it is, there’s much value in the easy step underpinning the argument; indeed repetitive work makes users’ innate flexibility explode in uncontrolled directions.
So, the more you coax users into compliance, the worse the deviations will get. As elucidated, e.g., here [if you care to study after the pic; study you’ll need to make something of the dense prose; ed.].

So, here too your information security efforts may go only so far; you must train your users forever, but not too much or they’ll just noncomply in possibly worse directions. 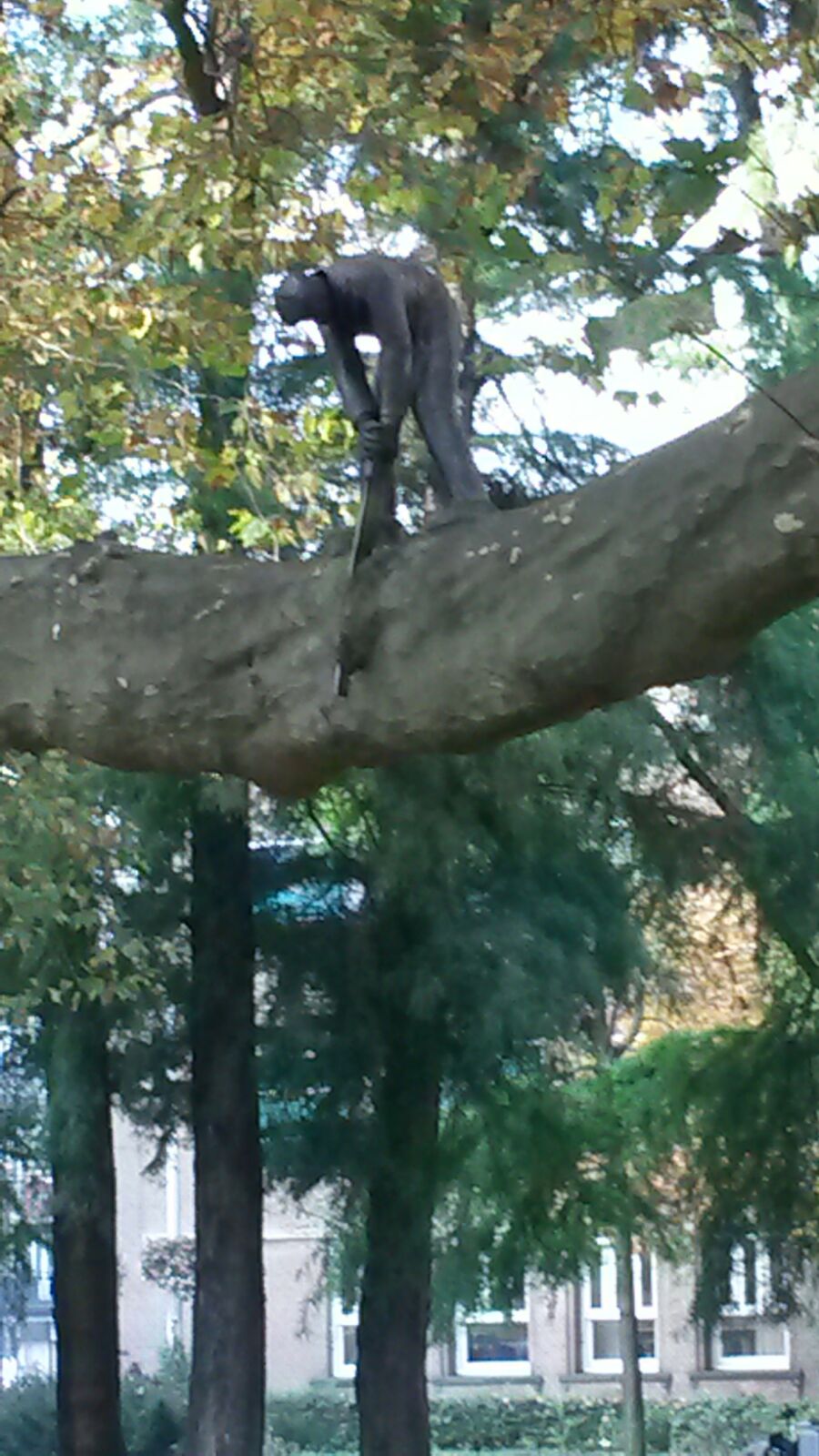 [Yeah, Amsterdam; you know where exactly this depicts your efforts – don’t complai about pic quality when it was taken through a tram’s window…]