Just an intermission: The Internet is broken.
Stark claim. But, some proof: I conducted a little A/B test with my posts. Yes, there’s many bias and systemic deviation possibilities, but most probably, they effect neutrally.

The test being, which post would get most views; either short texts or long(er) ones, either with many links or with a few or none, either with a long title or a short one, the title being descriptive or terse/lapidary.
The result: High links/text ratio ⇒ low hit count, ceteris paribus, is the only significant find.

But wasn’t Tim Berners-Lee’s original idea that ‘hypertext’, text linked throughout, should be what the Internet would be about ..? Not cat pics, or NSFW stuff, or streaming et al. as the latter-day circuses; vid of any kind as the primordial necessity of life.
And true knowledge nay intelligence extending linking of far-flung ideas and concepts … declared unwanted, apparently.
[This test may be repeated with e.g., wikipedia; I predict similar results]

No wonder we’ll have to re-invent the ‘Net.
Now, back to serious [??] content with: 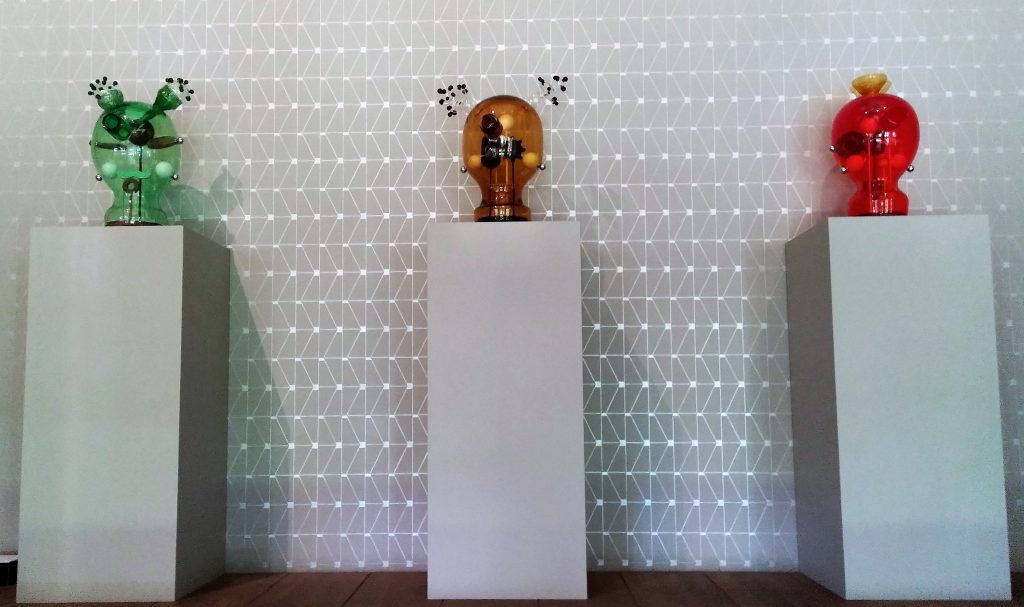 [ glass art at the Noord-Brabants Museum some time ago]