In a time long forgotten (i.e., two years ago), on a ‘net far far away (i.e., hopcount > 2), I had this post about how, besides the hardware museums that exist here and there [rather sparsely, given the prominence of the stuff], there should be software museums as well, of some sort [on the ‘net itself? may not stand the test of time; also think of mere power failures and insufficient back-ups, or political history re-writing – the ‘klout’ is only someone else’s computer…].
Plus of course some museum for algorithms, due to this – algos can be well thought out true pure art, or constructed messily. The art ones stand out, but still isn’t it an art to make them; including possible sub-extreme-efficiency-brushing that compiler optimisers do, being dull and not quite the perfect off-perfection [perfection is Boring, remember?] that real Art is.

Now, I stumblebrowsed [pleonasm alert] upon this Slate article, on straight lines of code not even the emerging property of ‘algorithm’ that in a strange twist existed before the medium… I mean; one implements a nous of the function into lines of code that, when run, demonstrate the function i.e., are the algorithm but the algorithm and the function and the nous are different things aren’t they? … hard to explain this mix-up, seems to be outside the possibly transcendental phenomenological apparatus or is it?

Yes. We should see such a thing. Also, the above. Plus: 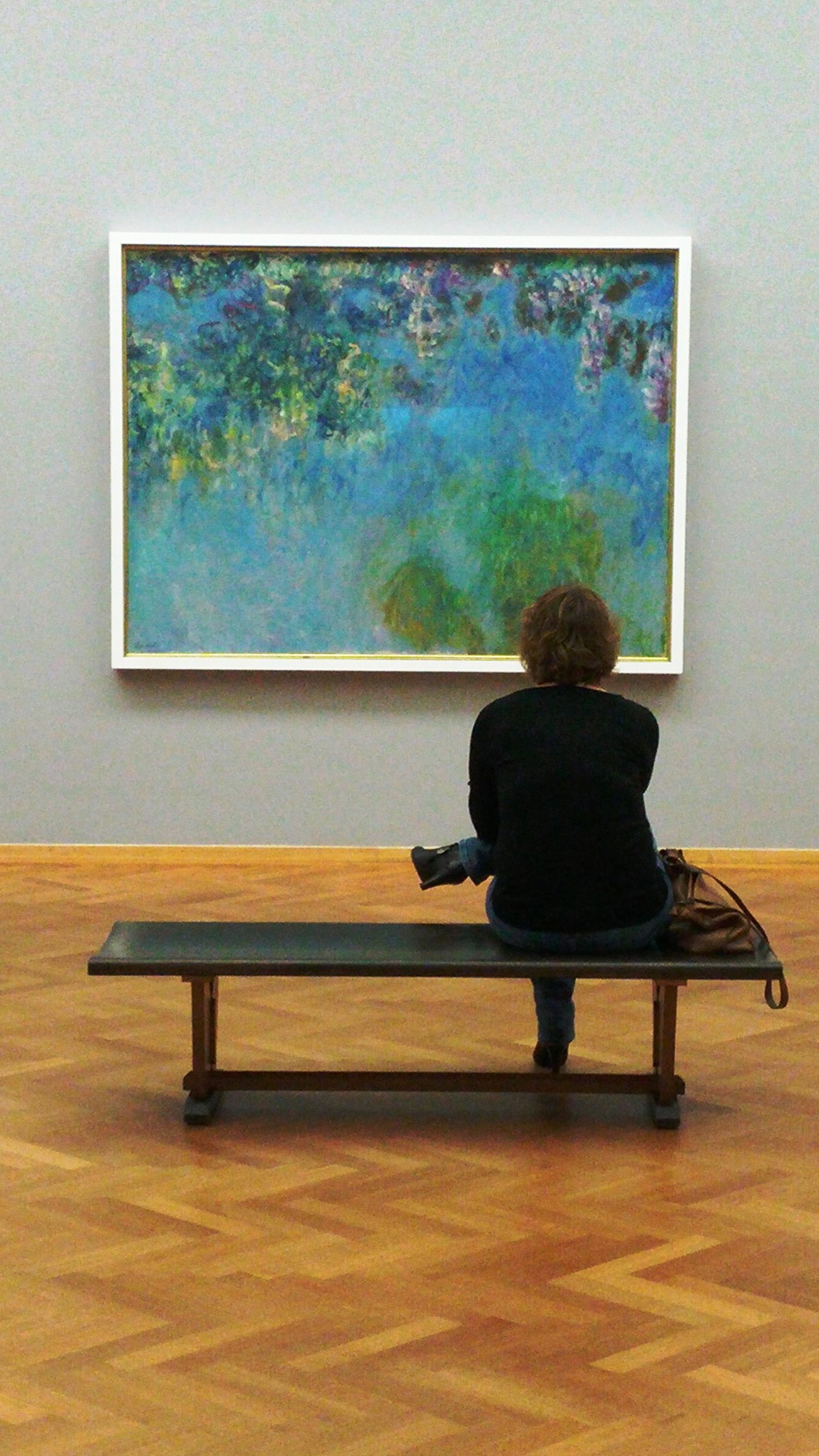 [Yes my wife [that’s actually her] knows Art; The Hague – what’s with the ridiculous museum name change ..!? Phone pic so don’t bother commenting on the quality]