Ah. Found; yes, probably @DARPA already had theirs, this one’s more (?) private-sector though: A partial solution to the Attack of the Drones thing.

Back some time ago I posted this gem, on a solution against drones, e.g., around objects of ‘vital infrastructure’ — that weren’t, like, so, about a hundred years ago and people may have been happier then.
Once drones were distinguished from birds [the in-the-air kind not the ones you spot on the beach, topless], any kind of mini-Goalkeeper preferably with buck shot (since short-range effectiveness is required only, without any long-range bystander damage risk) might suffice. I’d say Mini- indeed; more like a double-barrel pointed up above e.g., 50° or more to prevent nasty fall-out on hoomans but with some swing capability to cross-fire.

The problem being, was, to have an installation small enough to be easily placeable in sufficient number to get good air dome/cylinder coverage but to not be too obtrusive. Yes, probably @DARPA already had theirs but didn’t want to beat the drum too much, to not lure ‘DoS’ swarm attempts or false-negative probing. But at least, for the rest of the World, there now is Elvira, instantly in fixed, flex as well as military versions.
Apparently, their aim is to prevent bird/drone collisions in mid-air (triggers association with this great clip work, and also this one) but I see use for the inverse, too, picking off the flyers/drones before they don’t, up against ‘vital infra’.

But aren’t we then reverting to an arms’ race where the silly, petty, may be stopped but not the countermeasure-escalation pro’s …? Like these: 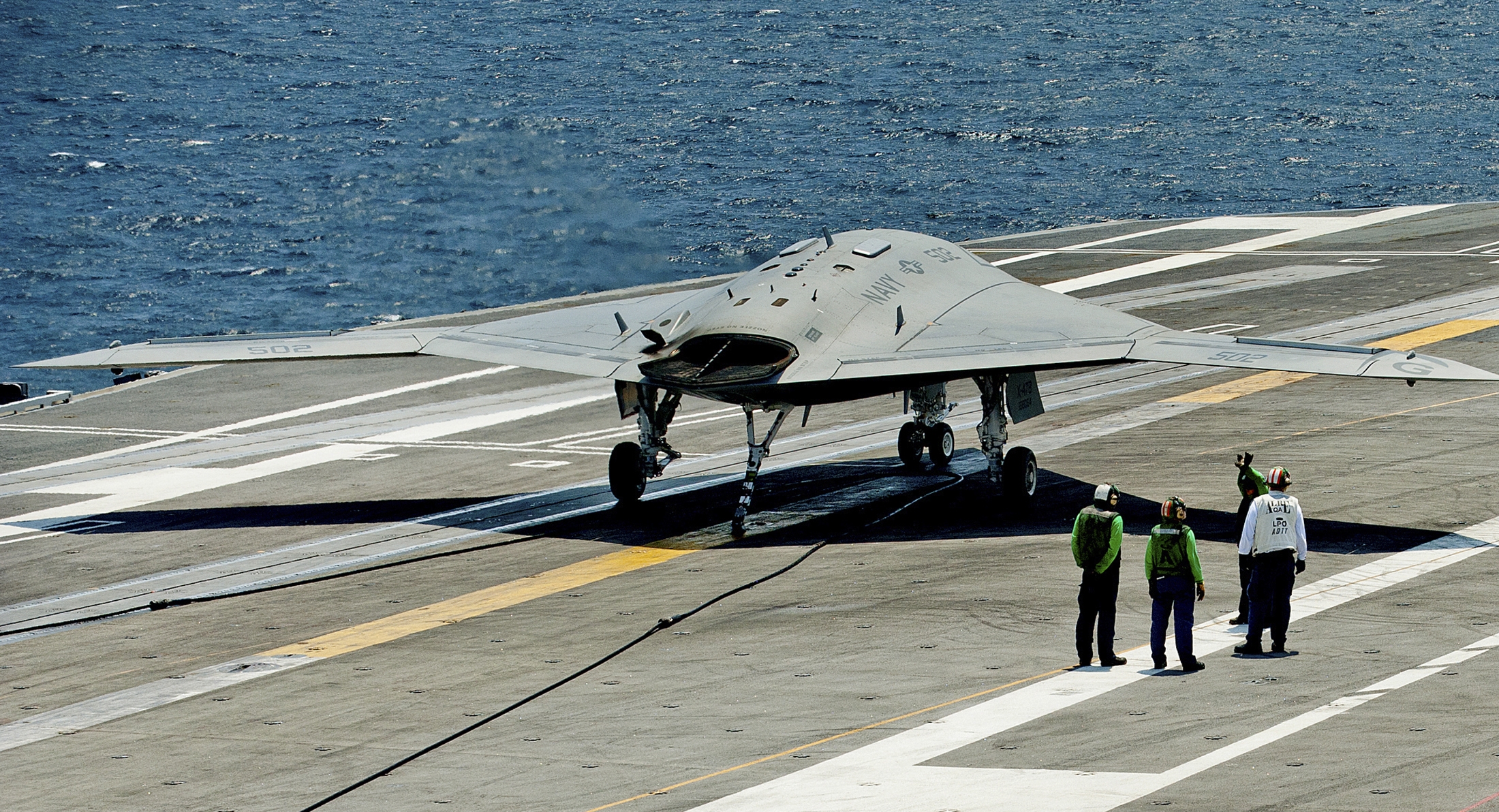 [But hey, seems to be on a carrier exactly like I have in my back pond for fun and impressing the babes so can’t you have one, too ..?]

Maybe @DARPA can elucidate … Why would anyone need four-legged soldier-helpers ..? First there was robodog, then LS3 that failed so may end up in your next indeterminableoriginmeat-burger. Next, maybe, a fully armoured full exoskeleton.
Which might do away with the humanoid innards in the near future (after that), losing some great many pounds of ballast (similarly, are drone pilots as physically fit as the bunch out there in the air on their weapons platforms ..?) and also losing a great deal in time- and otherwise (situational-closeness hence -fine-granularity) challenged ethical perspective. I.e., no weak knees anymore just shoot whatever moves.

But, back to the Helper idea: Why ..!? Why four legs, or even two ..? Instability assured… And Nature has donned animals with legs to get over tree trunks and boulders and the like yes, but maybe only because natural evolution only happens from the happenstantial last known good configuration not the clean slate ‘we’ now have when designing <anything that may silently carry some possibly superhuman load over rough terrain>.
Which is to say: Aren’t hugely more simple (contradictio semantics intended) machines possible with … even yesterday’s technology, that can do the same with no legs or completely different configurations of them? E.g., have ‘spurious’ legs on the back to be able to roll over (on purpose!) and still walk on? Tracks ..? Number Five is Alive! Silent ops can be achieved easily, just ‘invite’ some Rolls-Royce experts…
One only needs to add a gun of whatever size, and some Autonomous in the ops, and hey presto! A possibly much lighter than average soldier (easily stacked even more uncomfortably (possible?) in some freight plane for transport to the theatre) carrying possibly more, and a bigger gun a piece. No weak knees, or remotely operated — wouldn’t limited-autonomy ‘soldiers’ be able to be steered in platoons at a time from far away (and far away from anything officer-like or mayhem may ensue [disclaimer: once briefly was one]) and have an easy development of ‘grounded-drone’ armies.

After which, the Singularity takes over these all. Or just a bunch of the most capable.
Or, nearer future, some party being more than average removed from the artificial intelligence of the S i.e., some rogue general. How to stop such a guy (F/M) ..?

OK, you know where to drop the Challenge prize money, thanks. … … Or, the whole thing’s just a hoax to throw researchers of the too democratic inclination, off path since the research into the above is already progressing impressively… And: 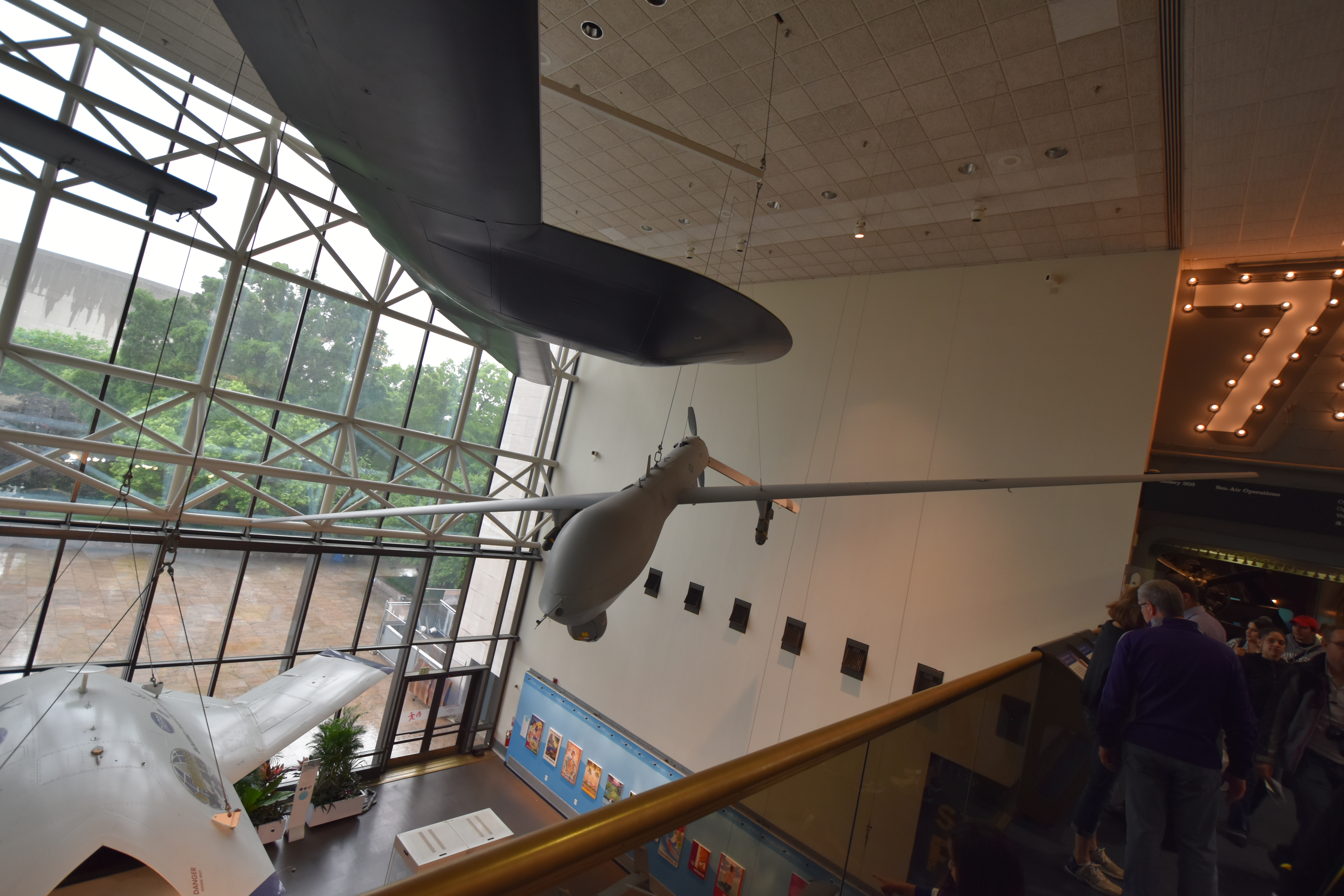 [Hung from not hang over though that might (??) still apply to the operator; DC of course]