Yeah, there you are – thinking that because you’ve rented some space in the cloud (be it with real money [bits and bytes flowing over a staggering non-manageable complexity of networks, no-one bing able to pin down where ‘your’ bits might be at any given time – close to utter wave-equation physics a.k.a Buddism…] or with your data in the first place), you’ve put your data in the hands of the most capable to protect it.

Too bad. MySpace’s only a first example, or not even the first. As in this story. Not-even-than-old data being wiped with a Sorry.
As if … as if there aren’t any back-ups. Oh. As if anyone would care … “Flagrant incompetence may be bad PR, but it still sounds better than ‘we can’t be bothered with the effort and cost of migrating and hosting 50 million old MP3s’ ”
Yes maybe MySpace’s not really a major player anymore in socmedland, but apparently a lot of accidental archiving’s still on it. Correction; read no longer on it.

A thought for you. Where do you keep your cloud storage? How sure are you that all data is safe, indefinitely? Ever heard of broken promises? You an ostrich? 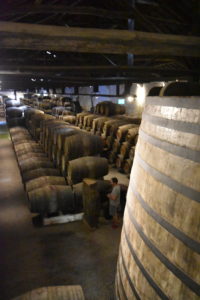 Ah! Now there‘s storage; not even the largest, for that: go to Vasques de Carvalho …