Or, once upon a long, long time ago in a land far, far away, there was IT, the hero department that ruled over all of information processing. Because information processing was a strange and dangerous thing and if you chopped off one security flaw, seven others would be introduced. So, the IT department was well-trained in keeping the architecture-and-infrastructure beast alive, with all its fresh new and old legacy body parts, fed every now and then with a fair maiden project.

Oh how things evolved. Lately (being the past couple of decades), the department was split, incompletely, between Development/Maintenance, and Operations. Things were run with ITIL and CobIT — as In Name Only as PINO was to the Prince, II.

The INO part being audited throughout (see previous post) but without anyone really caring about the outcomes of that. NO not even regulators or so, so devoid of truly understanding that the qualification ‘parasite’ isn’t too far off, even.

And now, there’s a slow but steady breakthrough of bands of liberators. Deperimetrisation, socmed, cloud, Big Data, flex work(place), hackers-contra-cyber (#ditchcyber), … the many-headed Central Scrutiniser is sprayed wth acid from all sides and is slowly shrunk. Softly wailing for mercy, some do but to not much avail. Maybe an embrace of Sloterdijk’s Part III foams may help.

Ah, I’m not positive but can be — at least, life will remain in the body that is infrastructure management (-coordination) and incident management, etc. 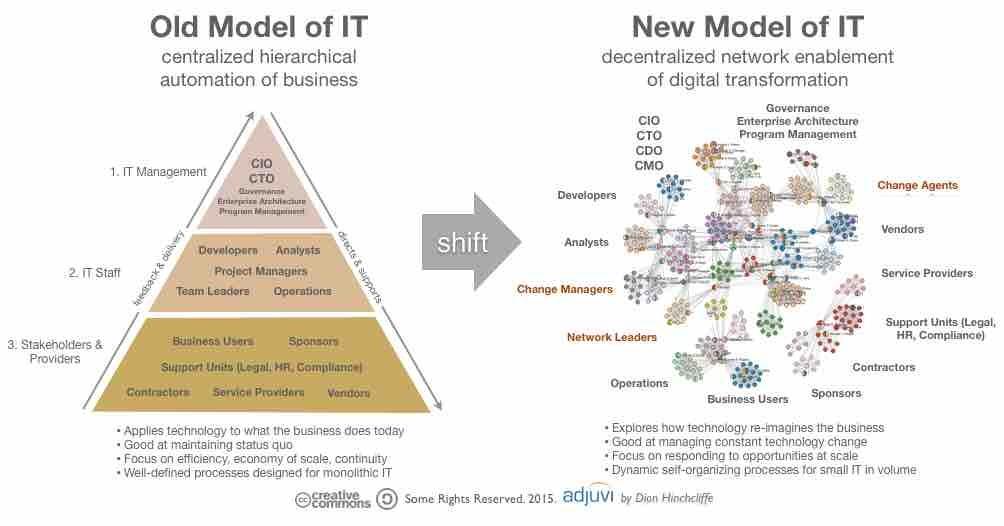 [Outsourcing basic shopping to the experts at Milan]