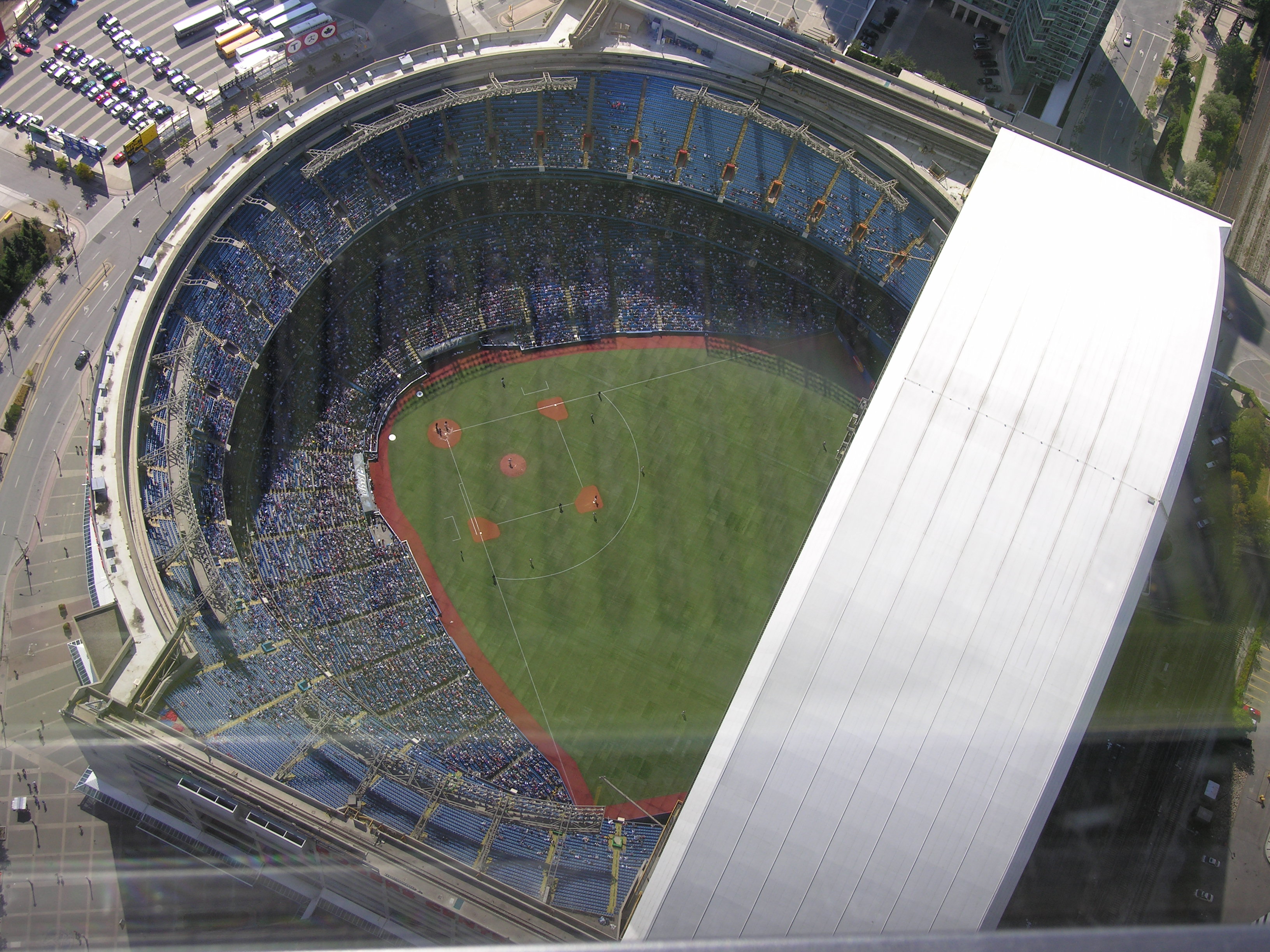 Some have asked. None gave me the time to really explain. Herewith, once and for all, the full story in a blurb.

It started way back in the early years of this century. Was by myself, was at the Longhorn Saloon at Whistler: 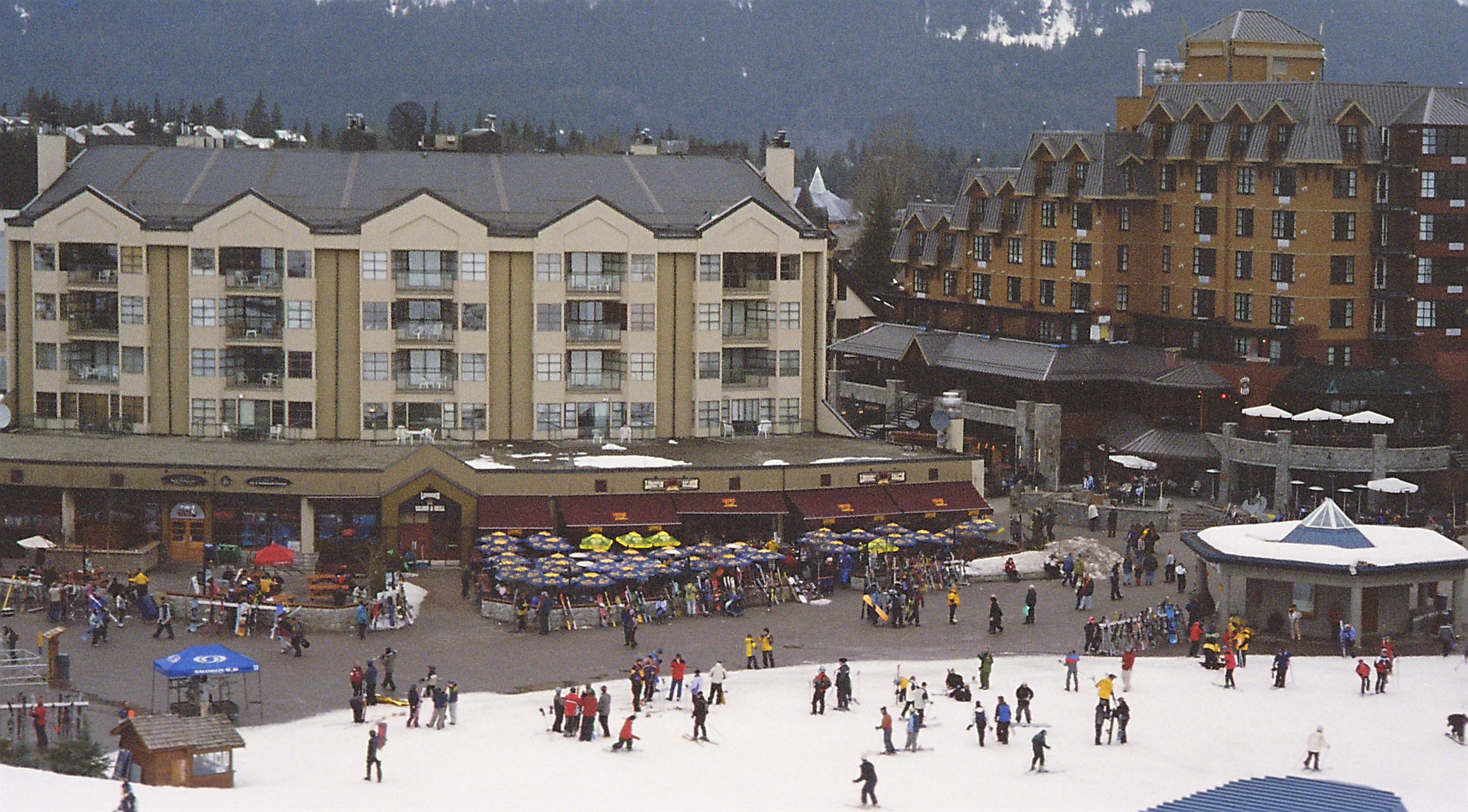 which is a proper saloon, where, among the many jailbait-young attractions in (too-)shorts and tank tops, there were the many screens with Real Men’ Sports like snowmobiling up and down the mountain at crazy speeds, ice hockey (only valid if at least ten players went KO), etc., and of course, there we have it, the noble game of curling.

This went viral in my (to be) in-laws when I told about it later, after my wife (to be) had joined me for a week at Whistler. I had already booked three weeks just before we met (being set up for a double blind date – they do work, fabulously [my wife reads along with this post…]) so she overcame her dislike of cold, mountains and vertigo…! First big holiday, and we survived. Easily, more than. Oh, and to mention: Whistler was prepping for the 2010 Olympics.

Later, the two of us travelled around Ontarioh oh really how posh yes, and on our way back from Lakefield (heartily recommended) tot Tuhronno, we missed the highway at Peterborough. And saw this road sign to the Peterborough Curling Club. As we do, we made a mental note of the “Reasons to Return, One Day” kind.

A next birthday, my sister-in-law had arranged a curling clinic in Zoetermeer, NL; the only ice rink with (3) permanent curling sheets. Some other clubs exist, but they have to make do with ice hockey rinks. NL has 150 somewhat-regular players in total. B-class country, still..!
[That was in 2014, original post date. Now, the Dutch men’s team has been A-class and will be at the world championships already for the third consecutive time – last year being about the only ones beating the US … – so there, progress!]
This led to two things: a. a like of curling; the clinic was wonderful, b. the idea to start our own team, to join in the Winter Olympics after Whistler (we wouldn’t manage to be trained enough and qualified to be there, most unfortunately) – even if it wouldn’t be for NL as they would have quite some limits before being allowed to go, we counted on going à la Jamaican bob sleigh e.g. for some African country…, oh and c. if we were to win the national lottery we’d build our own 6-sheet club and build a following from there. 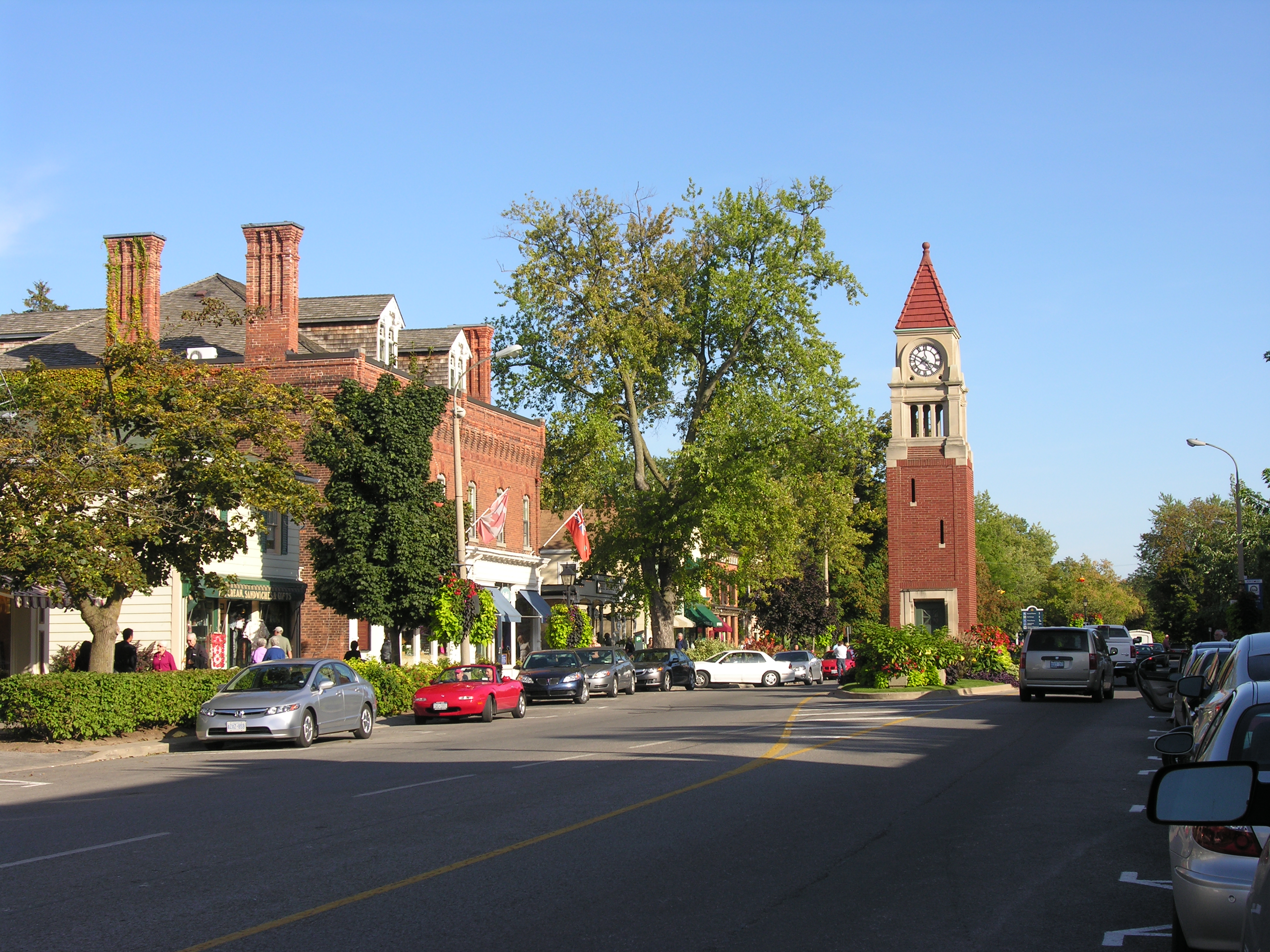 Then came another trip to Ontario (heh, mainly for the Niagara ;-] pics on one of those other platforms here) and yes, via somewhat-the-same route, we ended up in Lakefield. 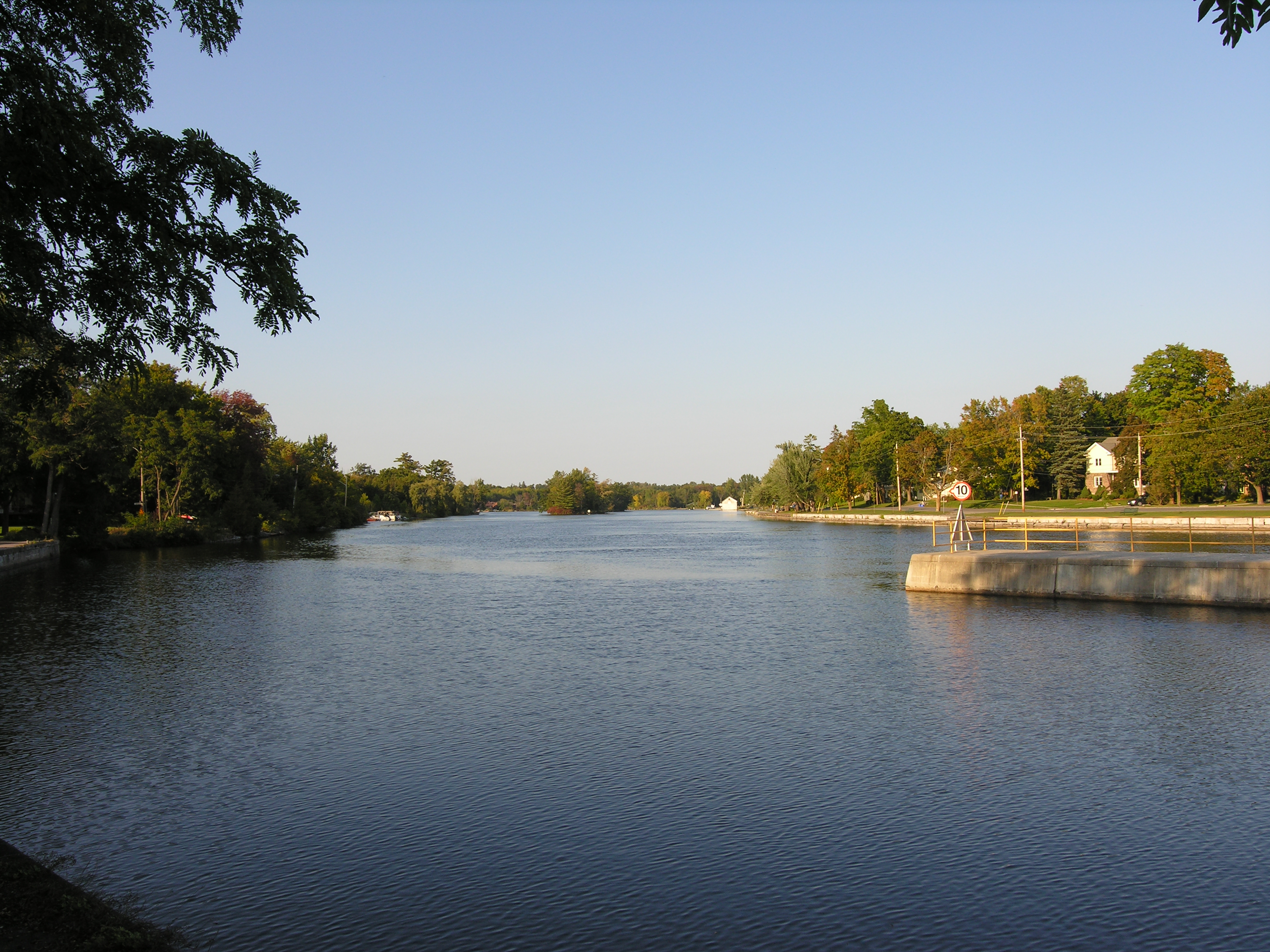 With my wife having emailed the PCC Secretary about being able to visit as I’m such a fan… Pity the season hadn’t started yet but the ice was all prepped already and we were given a tour by the club President, even being allowed into the ice maker room and all. 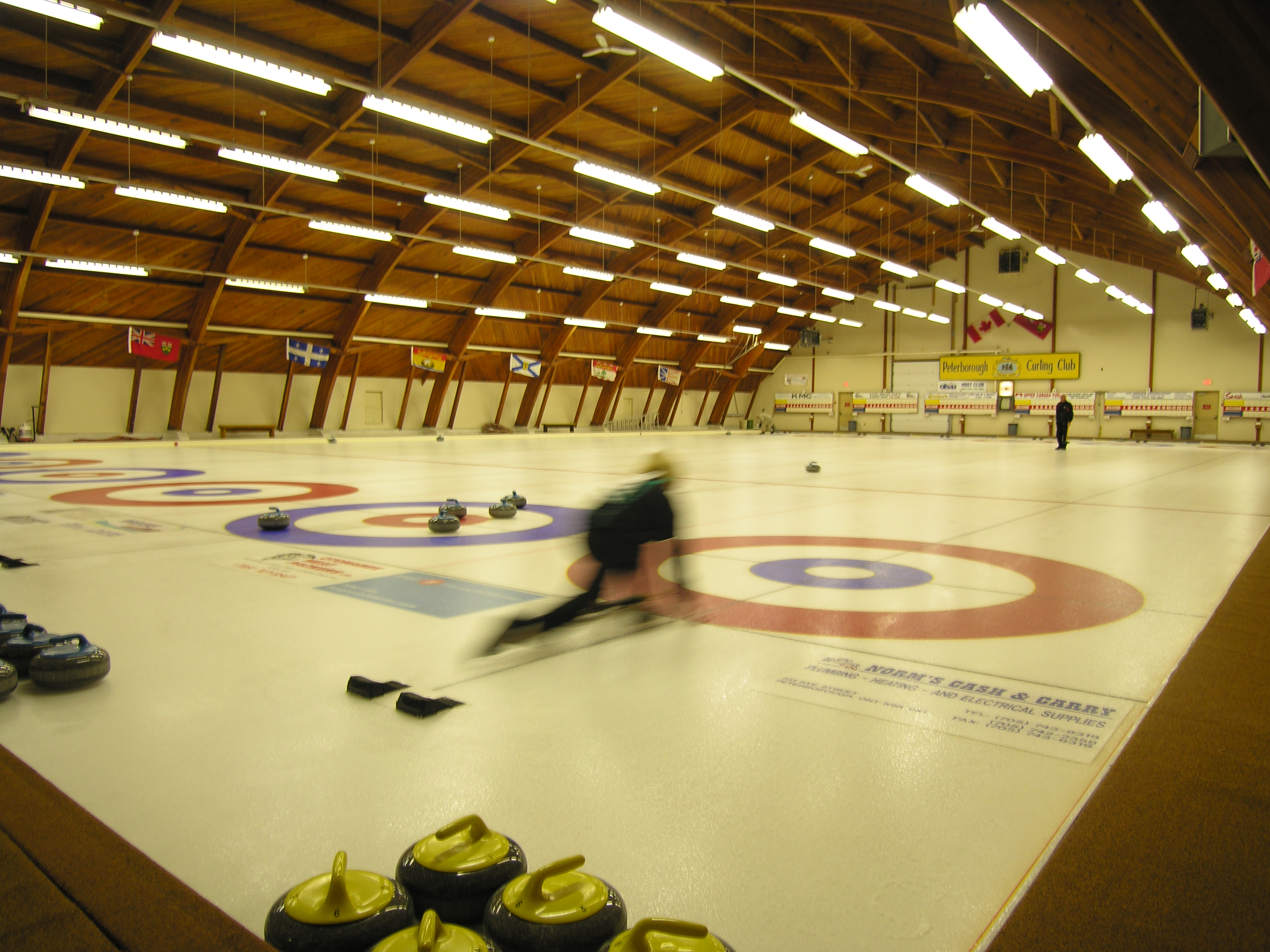 And receiving a member’s pin as memorial. How many have that trophy …!?
I wear that pin regularly on suits, when at business functions etc. What a great conversation starter! 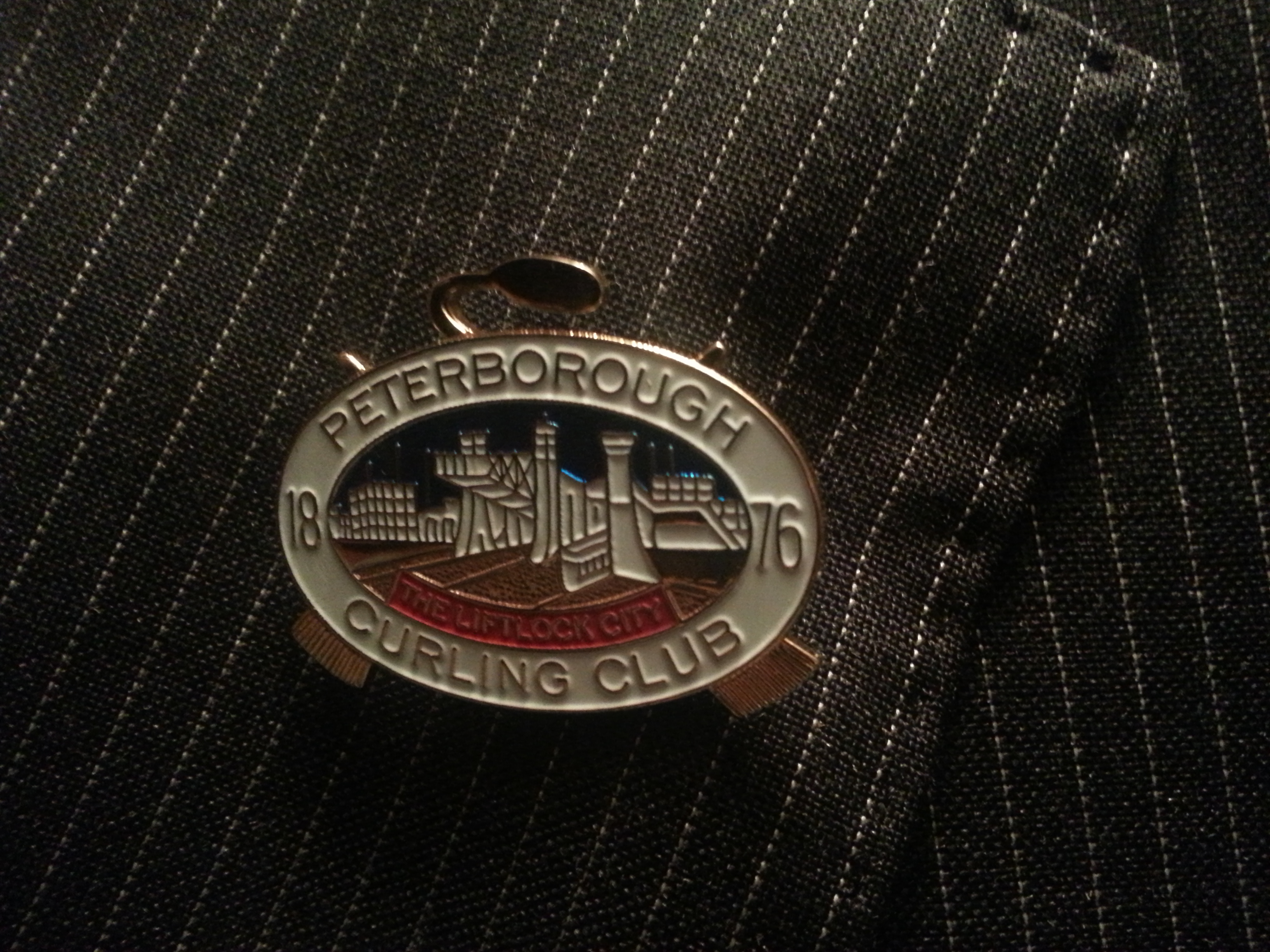 And… well, that’s all, folks! The dream of an Olympic team are still strong, the dream of winning the lottery also. And hopefully, some day I wrangle sufficient time from my workload to actually join a club and start training. In the mean time, I’ll just Follow the odd bunch of curling tweeps…