With all the discussion on the future of work, and how finally! we would be able to do ‘only’ creative, (physically/mentally!) non-repetitive work and/or where and how jobs for that could be craeted or would we all be doomed to be some (un/underpaid) Leisure Class, I suddenly realised:
The future of work depends very much on your myopia of what all ‘workers’ would want.

As about 60%+ of ‘workers’ at all levels of intelligence at/of work including pure mental, knowledge workers, would prefer simple 9-to-5 type jobs, with the predictability and security it brings (requirement…). Established per hard science. Only 40% or less actually wants the wild, the change, the uncertainty-is-beautiful.
So, will 60%+ not be able to make the transition or only not want to and maybe be able to after sufficient pressure is applied ..?

Which brings me to the find I did. Myers-Briggs.
Yes, yes, it indeed is discredited by some, to some extent. But it’s still the most recognised, most recognisable and easily applicable method to establish one’s own interests [with inclusion of the caveats and recognition of its time dependency and outcome variability]. I mean, 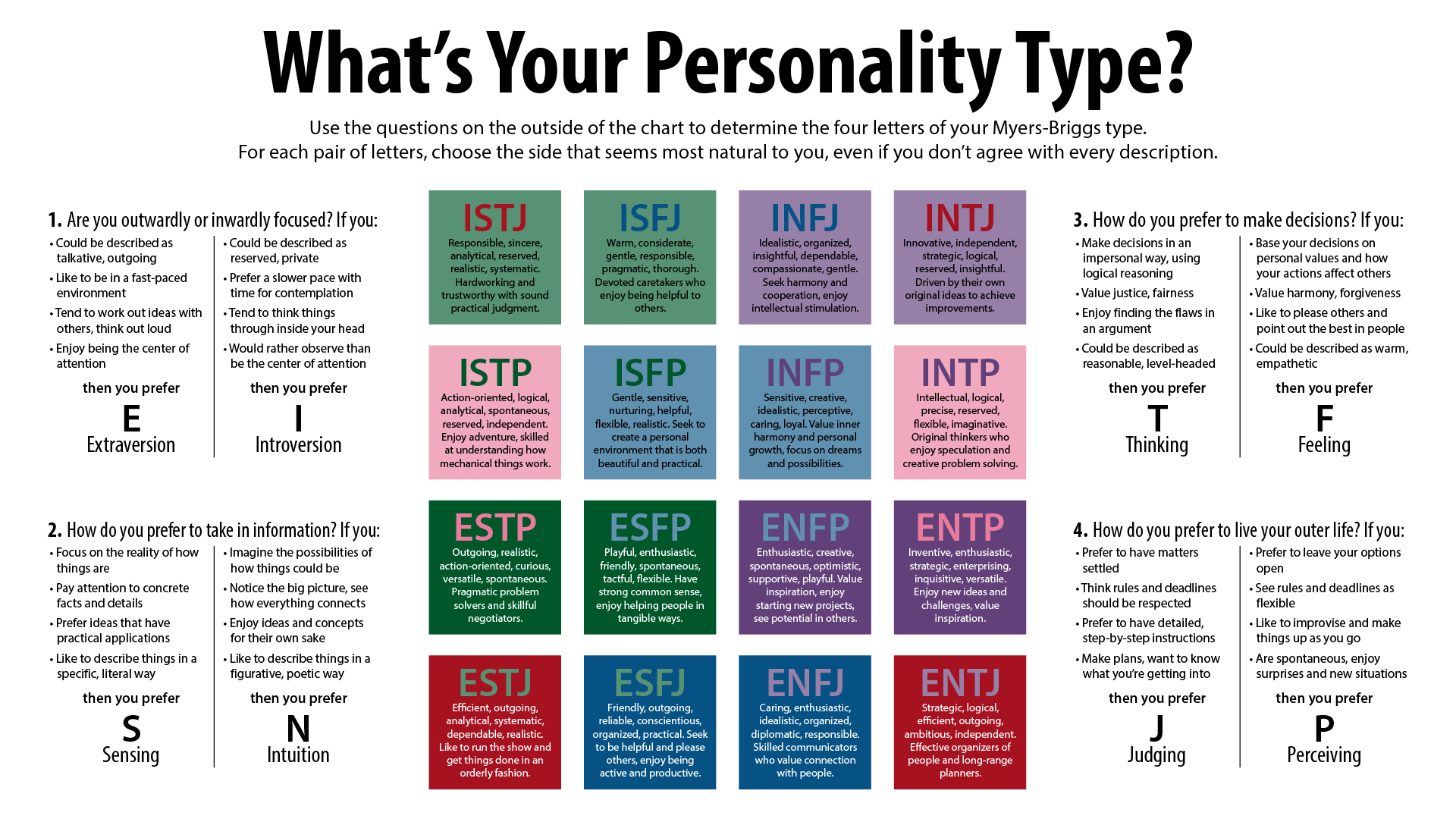 Is easily assessed (though I’d recommend the more extended questionnaire versions, e.g., from some books). And personally attempted-falsified.

Some take it to the limit. Resulting in: 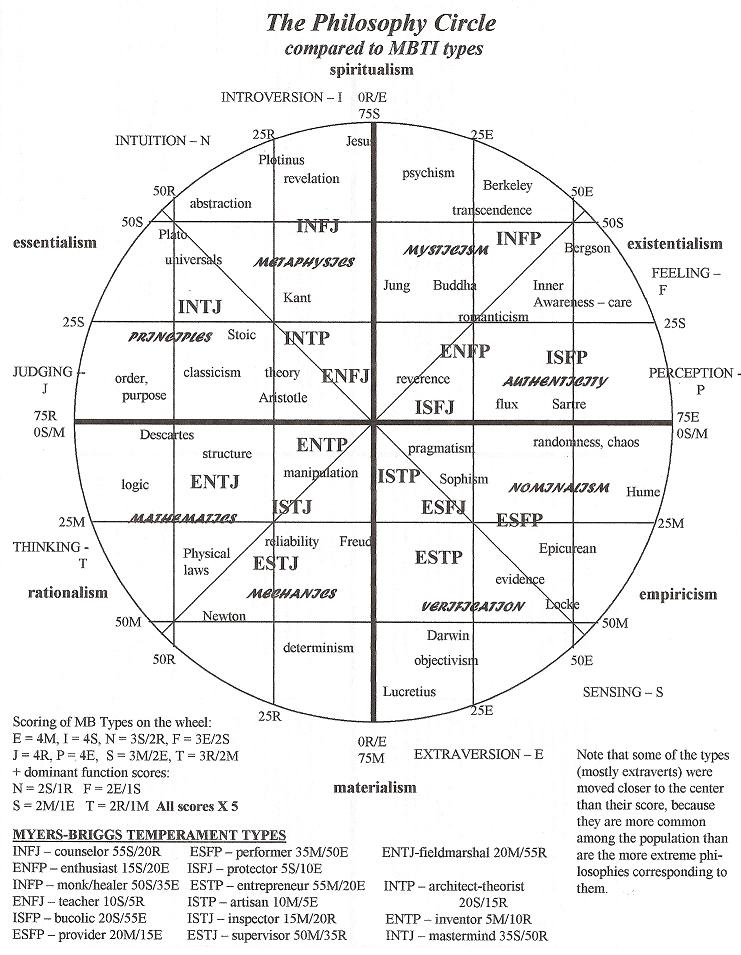 but really I’d say that’s pushing it, and why?

To which above type ‘scores’ there’s also career advice, also in books and on-line. Like: 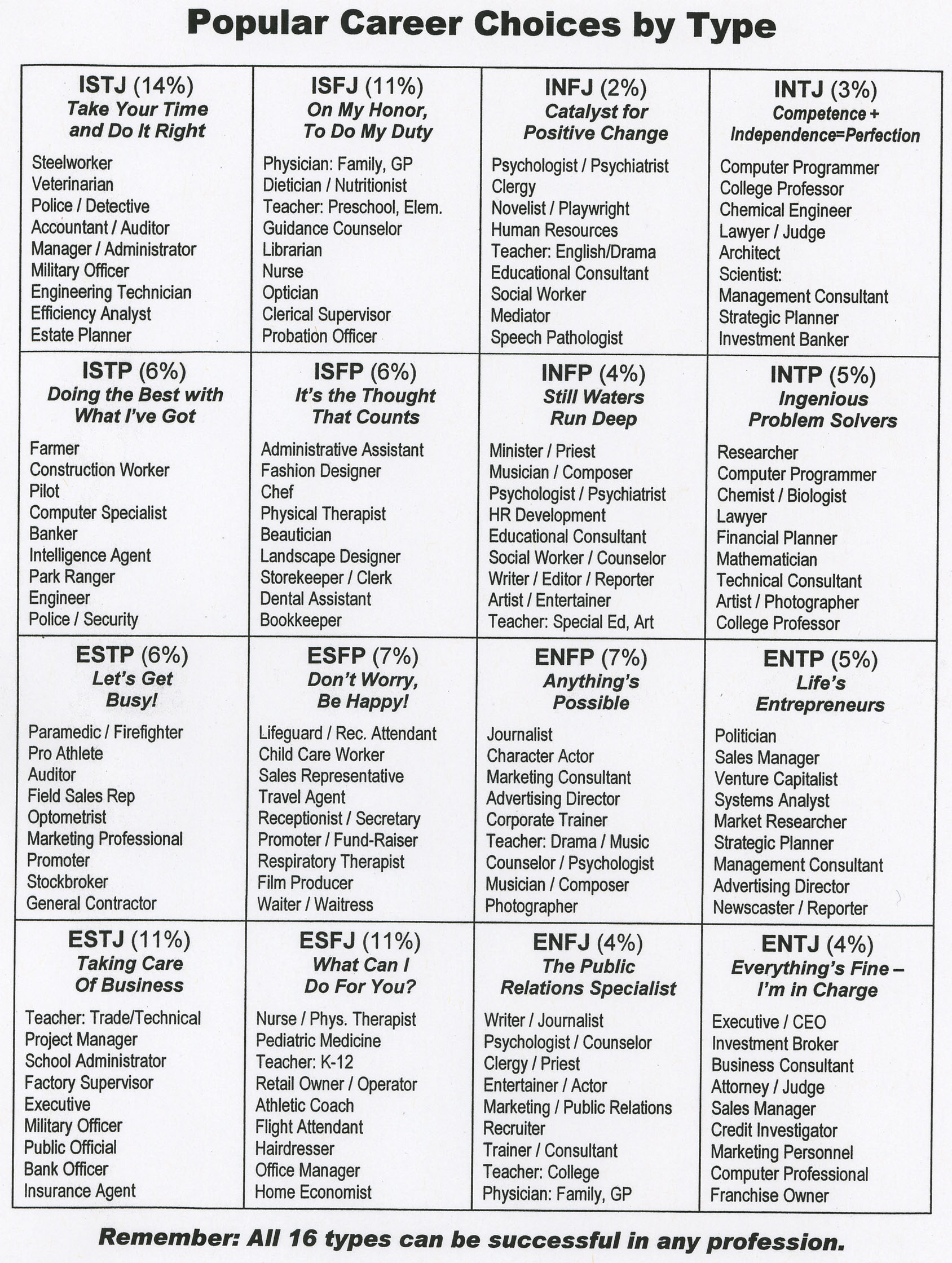 Note the remarks at the bottom. Variants apply, like this one which is skewed to sales/marketing business, I think..

But nevertheless, the overall trend is clear: When you’re an I, and/or S type in particular, and maybe too much of the T and J into the mix, you may find it harder and harder to adapt to the on-going exponential (?) fuzzification of work. If you’re in any of the ‘typical’ trades, you may either become the Expert of Experts, retreating into an ever smaller corner until retirement, if you can hold out that long, or bring your characteristics to other trades (remember, yin and yang both have an element of the other within them – this applies here as well), or retrain yourself psychologically to better fit the trades that may be left until ASI overtakes us. [As in this post]

I’ll leave you with: 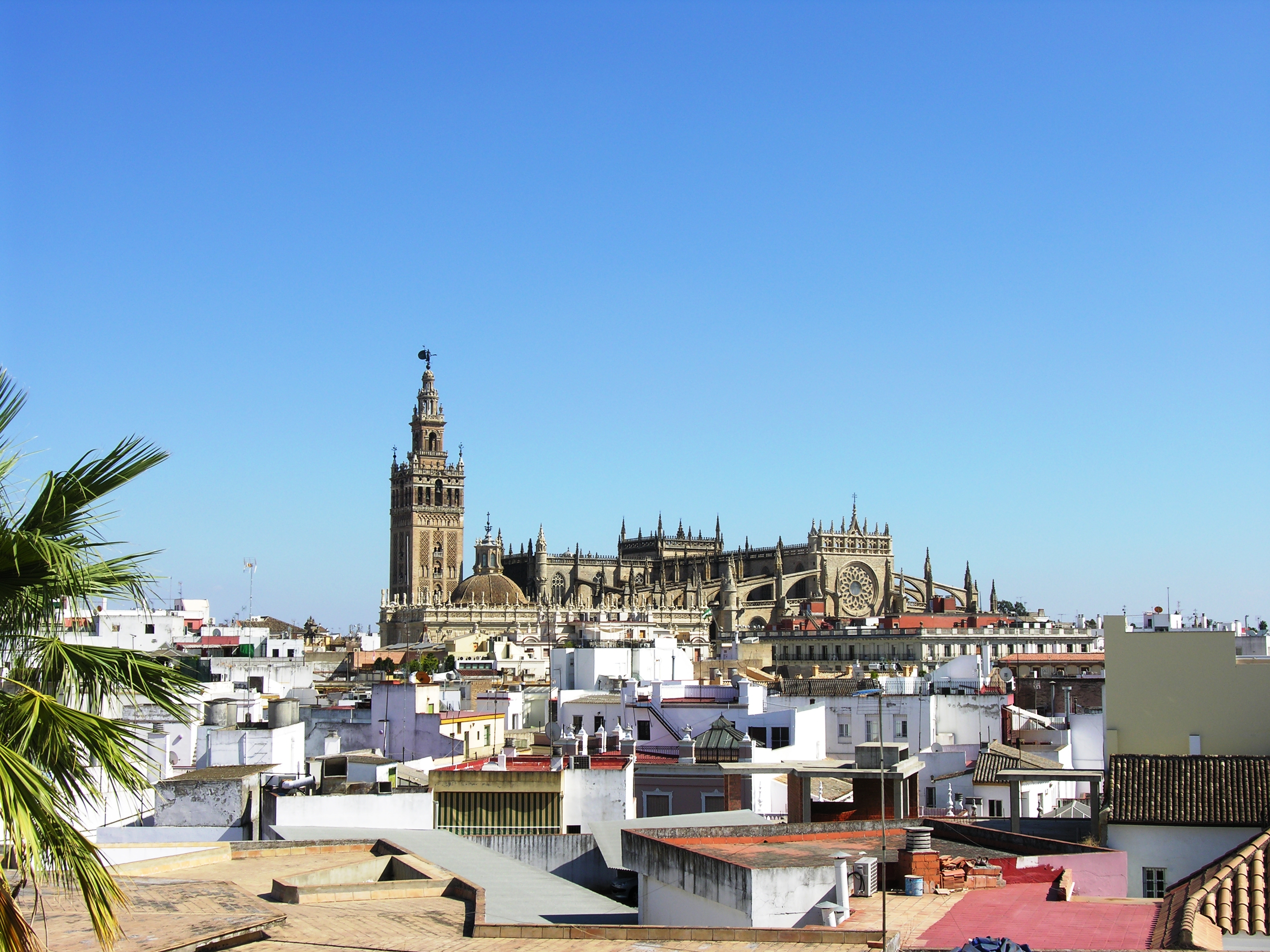 [For no reason – or, how many trades have come and gone in this environ… Sevilla]