Just a note on Reading. The place, not so much.
Wouldn’t it be great to have all that matter, be more well-read in the world’s literature. Not only the one of old canon, or even with these added appropriately or just these or these. Since Heloooow! Western-dandyish-veryselectsocietalstratum bias! Hence this might be added, or this.

One might start with this. But not finish with it! Also delve into the Truth of many other works, in particular but far from only, from the world’s wide literature base [the starter series of only 80 already has some but I suspect a better balance may still be found]; and from the great many great list of great works that didn’t fit the short-story format. Since, the idea being that one is bored by seeing too many [being …!?] pages ahead and don’t even start …? How’about showing some stamina? Ploughing through as-yet-apparently uninteresting stuff, one may as well consider that to be meta-learning about … [was temped to fill in: my greatness here but that would be tautological] in general, and Life and the Universe as mere details of that.
After which studies, if done well, one understands a. a huge lot more about the condition humaine, b. brevity of citation or should I say sparsity [but hey I wanted the b to follow b.] of that. Since – who was it – said “Don’t bother me with quotations tell me what you know yourself”, proving the point. And preventing you from ending up a doofus. Is that an appropriate translation of ‘lavendelsnuiver‘..?

I’ll leave you some time now to consider. And react. With: 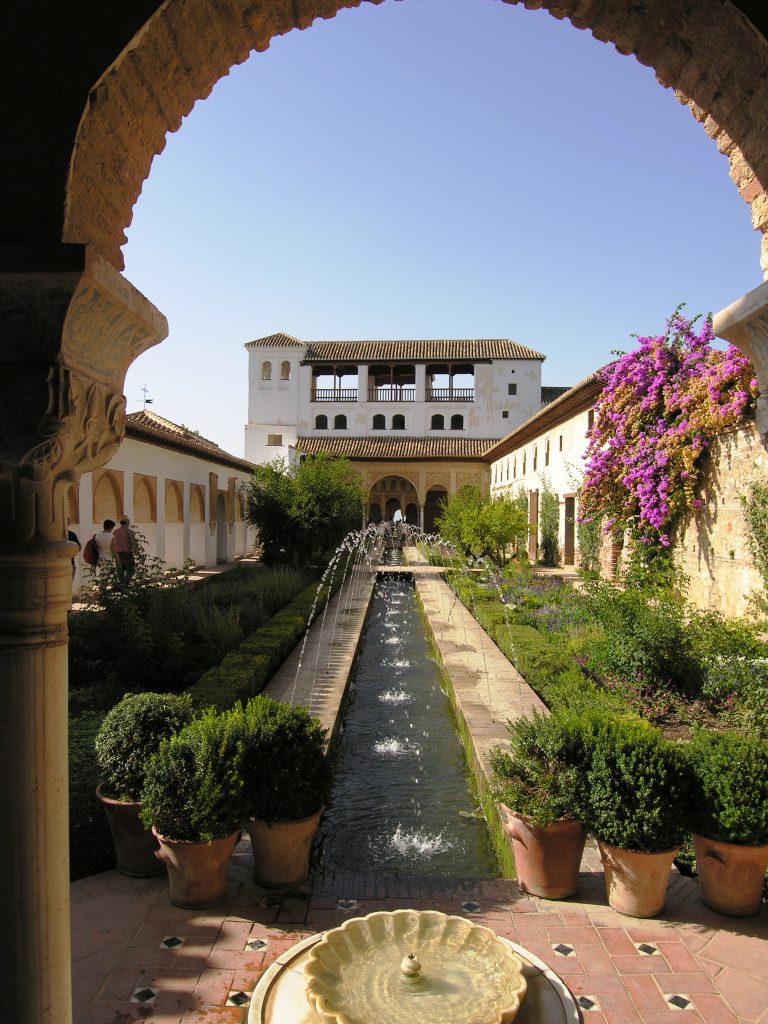 [What great classical territory / culture … to get a grip on past greatness, towards your future; the Generalife of the Alhambra, Granada]