You guessed it; another note on ‘cyber’security, rounding up a couple of ideas that floated by recently.

Which was triggered by this Comment. No, no, not a comment on this blog, don’t be stupid to assume that there has ever been one [rounded up].
Which made me think of actual developments in ‘cyber’ altogether [dammit, readstudy the original and see how much more profound the idea was, and how kindergarten the latter-day application to IT is]. And made me want to coin the term Cut The Crap. There’s the TL;DR for you.
And an intermission pic, since regularity is dulling you too much already [see below] and you read that as cDc which is beyond me: 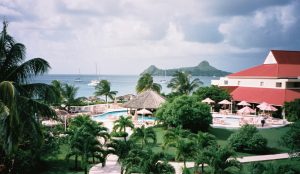 But I fear the Content of CTC already is out of reach for many, having been shallowed too much by publicity of the solely-self serving kind.
Where this and this, may even be useful for the somewhat-near future. As is explained in the links; reform of sec ops [as the texts go, but I read sec dev in them] is overdue.
Certainly when taking this into consideration as you should, to keep up; some -thing/approach you don’t hear much about in sec education.
Another two:

“Security programs do not fail b/c they lack AI to better detect something; they fail because they struggle to routinely & efficiently patch, threat model, or apply config changes. Infosec drowns in manual, eternally-urgent tasks on a ceaseless treadmill of fires to extinguish.”

Things my CS degree DID teach me:
– Recursion

Oh, and on a sideways note: This G thing (also, here) isn’t the only situation where all the onus is put on – mostly – clueless end users; unsure however that the other one, F, breaches GDPR as deeply as this where indefinite, into-infinity storage of your personal data is default.

That’s all for your afternoon studies. Now, spend the rest of the day applying the above, for a better tomorrow.
Hey, you had your pic of the day now off you go…