It crossed my mind [remember, this post was drafted/scheduled over two months ago why am I adding this I don’t know] that all those new ‘innovations’ like switching to non-cash money, will not only have to be ‘repaired’ with all sorts of weird gizmos/apps and what have we. They will also, by reducing ‘friction’ indeed, make the economy [! As if there is such a thing ! Yet another construct of apparent emerging existence which when studied, is not] more efficient.

But that’s not the purpose of Humanity. It’s only the mere purpose of Technology. Friction is naughty, we learned from ‘science’ when that got a foothold in peoples’ minds – during the Enlightenment which may seem like a wry joke designator now. Hence, we should do away with friction.
But friction is also what kept humans in the loop, and all of them; making it possible to slow down the creep of Technology through all that human life is, to a speed of societal(+) change that could be understood by the vast majority, so all could evolve (i.e., have time enough to adapt or (humanity-wise) gracefully disappear to be replaced by born- / grown-up more modernly [should be a word]) into knowing the world as it was (‘is’) found, and controlling the world as such. These were close enough to linear times to keep track. [I know, at closer inspection, it’s just that time still stretched the exponential function wide enough to be proxied by linears but then, that’s how it was so why bother claiming that “it actually was exponential already then but nobody noticed” – yeah, so? That changes history ..?] Friction thus slowed individualism and detachment. Which seems to be the phase of development that the Enlightenment / Industrial R(??)evolution brought, though punctuated by setbacks. Now, we’re onto the ‘Second’ industrial revolution or did I miss some subspecies? where things are speeding up so fast that one cannot cope. Only native- or born-digitals will, or ..?

A side note: The whole idea that only digital natives can fully grasp the new world, is of course nonsense, without any evidence. Having a solid foundation in the pre-[any]development world, gives a sound basis for grasping what’s new and what’s not. See social media: Only those that know a world without them, have a clue about their pros and vastly outnumbering, swamping-away-with cons. More youth than ever, seem to be unable to deal ‘correctly’ with new stuff like social media. ‘tIs more that generations after the ones that meet new developments first, aren’t all hyped up about them as they’re just there, duh, and what’s all the fuss about – hence need not dwell in it but can lay them away as mere tools in the pool of many w/o too much FOMO or need for self-actualisation through me-too’ing of the desperate-for-the-tiniest-sign-of-affection/tiny-group-attachment kind [edited to add this; a quite different angle, into the same]. Yes I already noted that e.g., those that understand and have actual experience with coding and cabling, understand the intricacies of new tech that seems to be so far abstracted from those. Yes the fraction of the pop that is that group (every generation has them), dwindles over time. But the reliance on the ‘lower’ layers of the stack grows ever further; squared with the understanding-group dwindle, this bodes not well:

Now that friction is declared the enemy — by whom, may I ask, and with what right do you claim to represent humanity? what track record of representation and wise stewardship would you be able to show ..?? — will Technology be controllable in the near future, or have we (gradually already) lost control and is Tech (in its widest sense, naturally – huh accidental contradictio) beyond control as in the philosophy-of-science sense? And this, getting worse as Tech developments are beyond human adaptability capabilities? Maybe not for a few, not necessarily outside tech (undercast) – Law #2 of this –, but for the masses. When they can’t follow, adapt, remain in control; who will …?

All this, to be multiplied (outer-poduct sense) by this (is Seth‘s) post on scarcity (if it’s mine, it’s not yours; the physical natural-world reality) versus (?) abundance-through-sharing. The latter hinging on inifite zero-loss copyability. I guess, until copying is found out to not lead to physical quality loss but to ‘value’ loss, like, a secret is worth something to someone but not when everyone already knows [some FOMO value may remain but only temporarily]; what if someone made an investment and cannot recoup the least? Only attention remains as ‘currency’ then, not something to look forward to. A mix it will be.

Ah. No dystopia at: 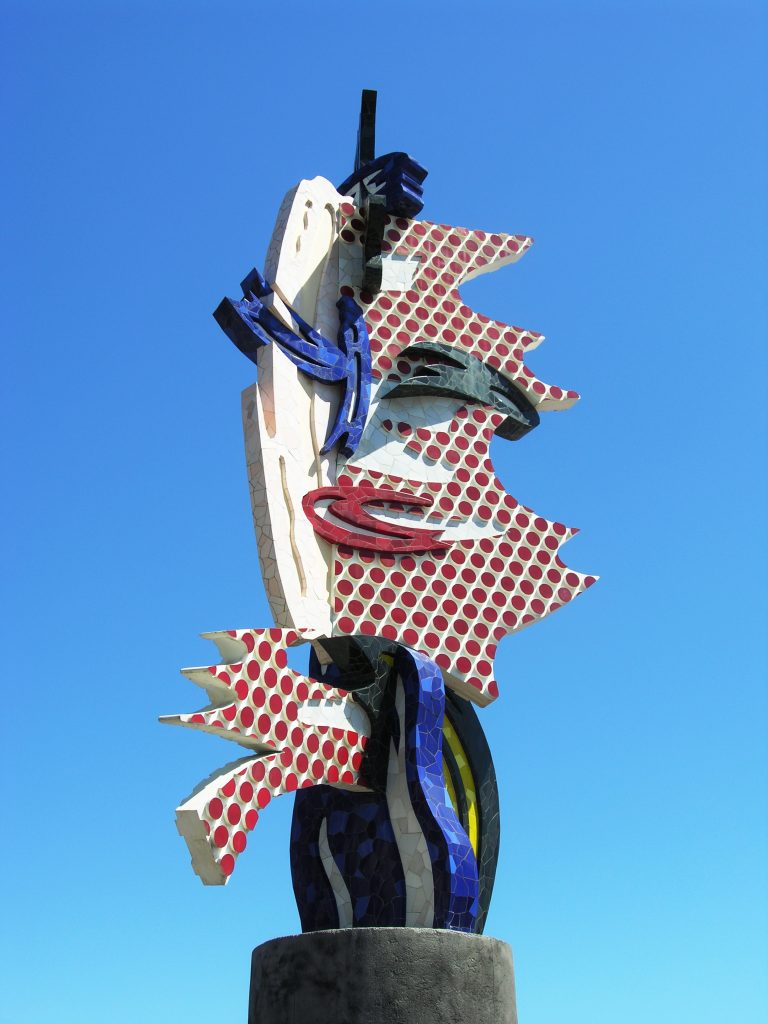 [Barcelona harbourfront; if this disturbs you (which can be in a positive, negative, or confusing way), that’s what art is about so it succeeds]