Okay, for those of you unable to understand the disastrous (understatement) word-play in the title because it’s in Dutch… It’s about a court case (verdict here) where neighbours were in this vendetta already and now one flew a camera drone over the other’s property succinctly the other shot down the drone.
Qua culpability for the damage to the drone, the Judge ruled that a. the drone pilot was trespassing so put the drone illegally where it was shot down, b. the gunman [an experienced shot, apparently] was not to damage other peoples’ property, both are guitly and should share the damage (and share the legal expense).

Side note: the verdict also states through witnesses, that the damage incurred was to one rotor only (after which the drone made a controlled landing; not such a good shot after all) and it had been flown into a tree before the incident (not such a good pilot in the first place), so the damage amount as reported by an independent expert were doubtful, even more so since the independent expert nowhere indicated in the report how the assessed drone was identified or identifyable, as the drone in question or otherwise.
Stupid amateurs.

Moreover, the Judge stated that a breach of privacy weighed no more of less that a breach of property rights. Now there‘s the Error [should be all-caps] in the assessment of current-day societal ethics which in this case, where the Judge appears to demonstrate a sensibility of the case i.e., the vendetta between the neighbours having dropped to a state where mediation is an option no more, would have called for understanding of the derogation of property rights by the privacy concerns as is prevalent (yes; fact) in society in which the verdict should fit. Apparently, neighbour considered the privacy breach already of more value that the risk to his property otherwise would have abstained from the risk of property damage. And the property rights should be compared with the privacy rights one has when e.g., throwing away printed materials; when discarded in the dumpster, one has surrendered one’s right to privacy-through-property re the dumped information. When voluntarily move into or over another one’s property, certainly without consent and against that other one’s want, does one not surrender one’s [protection of!] property rights to the other one? Of course one can ask one’s property back but what if the other one refuses or uses it as security re exchange for something else?

Legal scholars don’t seem to Always have a “hackers’ mentality” when it comes to finding all the side roads … Most unfortunately!
And: 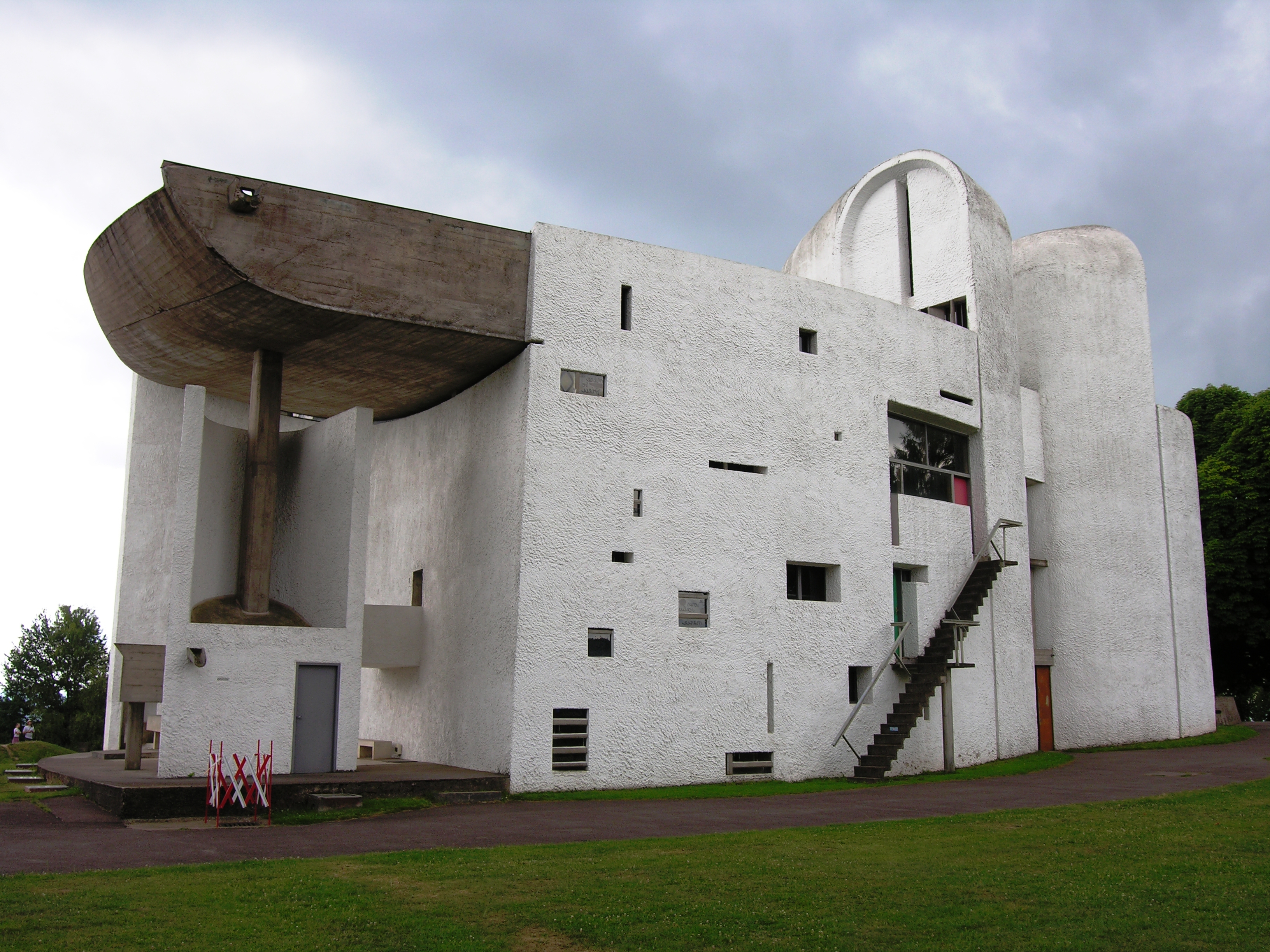 [From the department of infinitely high control; Ronchamps]