When considering the senses, is it not that Visual (having come to ther play rather late in evolution or has it but that’s beside the point, is it?) has been tuned to ultrahigh-speed 2D/3D input processing ..? Like, light particles who are you fooling? happen to be the fastest thing around, qua practical human-scale environmental signals – so far, yeah, yeah… – and have been specialised to be used for detection of danger all around, even qua motion at really high pace (despite the 24-fps frame blinking).
Thus the question arises: What sense would you select, when focusing on shallow processing of the high-speed response type? Visual, indeed. Biologically making it less useful for deep thought and connection, etc.

Now that the world has turned so Visual (socmed with its intelligence-squashing filters, etc.; AR/VR going in the same direction of course), how could we expect anything else that the Shallows ..? Will we not destroy by negative, non-re inforcement, human intelligence and have only consumers left at the will of ANI/ASI ..?

Not that I have the antidote… Or it would be to Read, and Study (with sparse use of visual, like not needing sound bite sentences but some more structured texts), and do deep, very deep thinking without external inference.
But still… Plus:

[An ecosystem that lives off nanosecond trading – no need for human involvement so they’re cut out brutally; NY]

Network: Any thing reticulated or decussated, at equal distances, with interstices between the intersections.
Dr. Samuel Johnson, Dictionary

No kidding. Only script kiddies of the worst kind don’t seem to get that. Though it has been around since 1755, as a definition that is. How prescient. 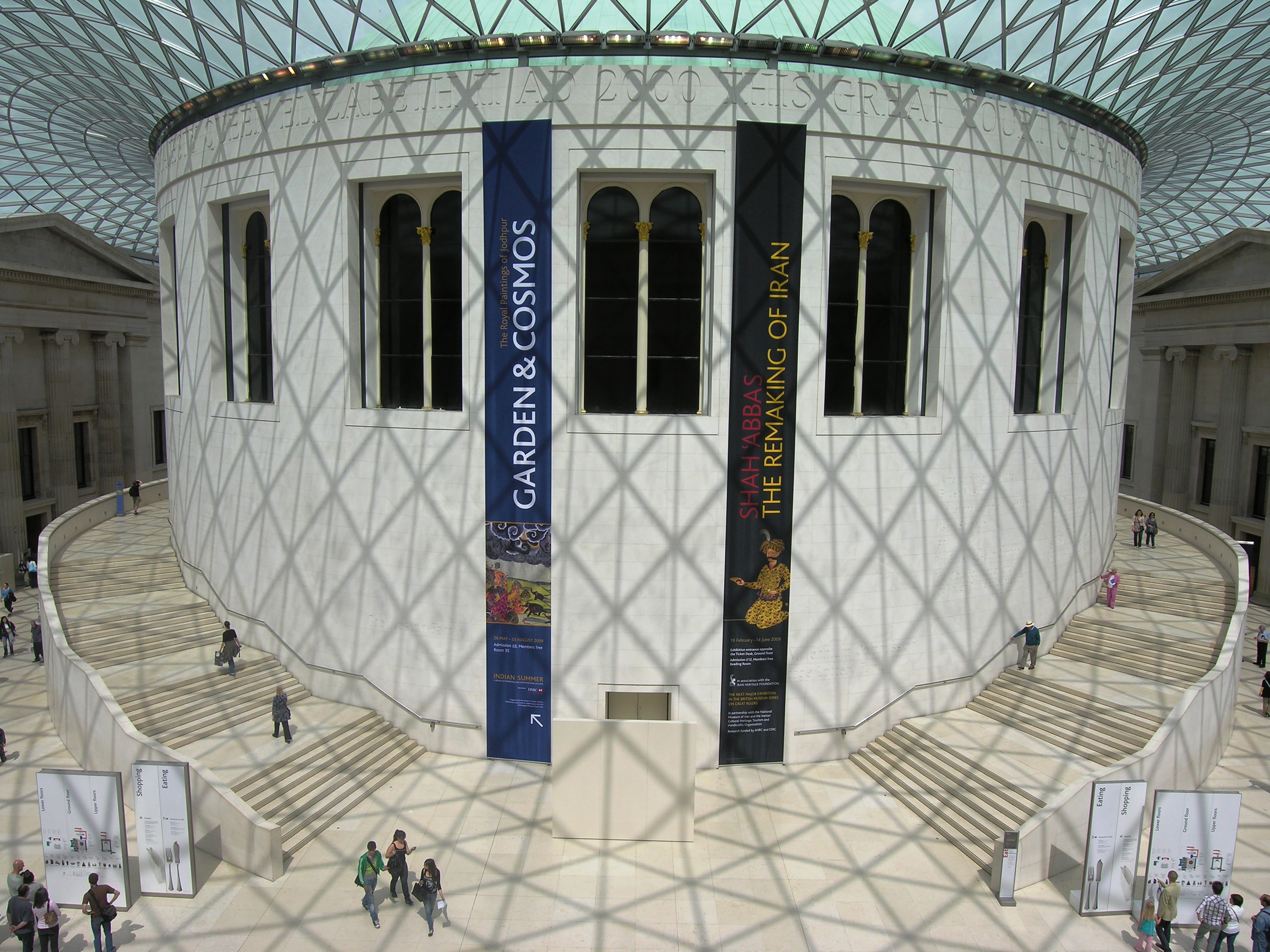 Unless you were doing stuff on Nocial Media (see tomorrow — never mind, I’m not one for linear Time), you may have missed or noticed (same) the release of a facsimile of one of the most veritable puzzles of the ages (Western world), in this here thing, which is posted here. Yeah, that’s how hyperlinks work, I kno, I kno.

So, now you the puzzlers AKA crytographers around the globe, may swoop down in even larger numbers than before, to crack the thing. Or, probably, not. And you knew about this whole thing.

Question: (Why | _ ) hasn’t already some Watson-class AI tool (literally certainly not figuratively) been set loose on this ..? Lack of purpose? Of would it be a good ‘Turing test’ of sorts, if we test the capabilitites (learning/analysis time ..!?) of any AI tool, by the time it would take to make mincemeat out of the Manuscript — Duh-tch for tearing apart. Any attempt after the first successful, would need to be instructed not to find the solution out there on the ‘net, obviously (?) …

One may hope, may one not? And:

[Found it! This is what the Manu is about!!] 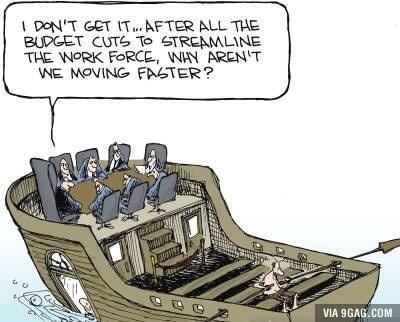 I’d suggest making this available widely; beyond membership only. Because it ties in so well with, e.g., this and many other issues at this.

Yes, I may be biased; just like everyone if only for having been member of this. Which (subject) plays a much more prominent role in your lives than you think, certainly in the nearest of futures. Beware.

And be aware of: 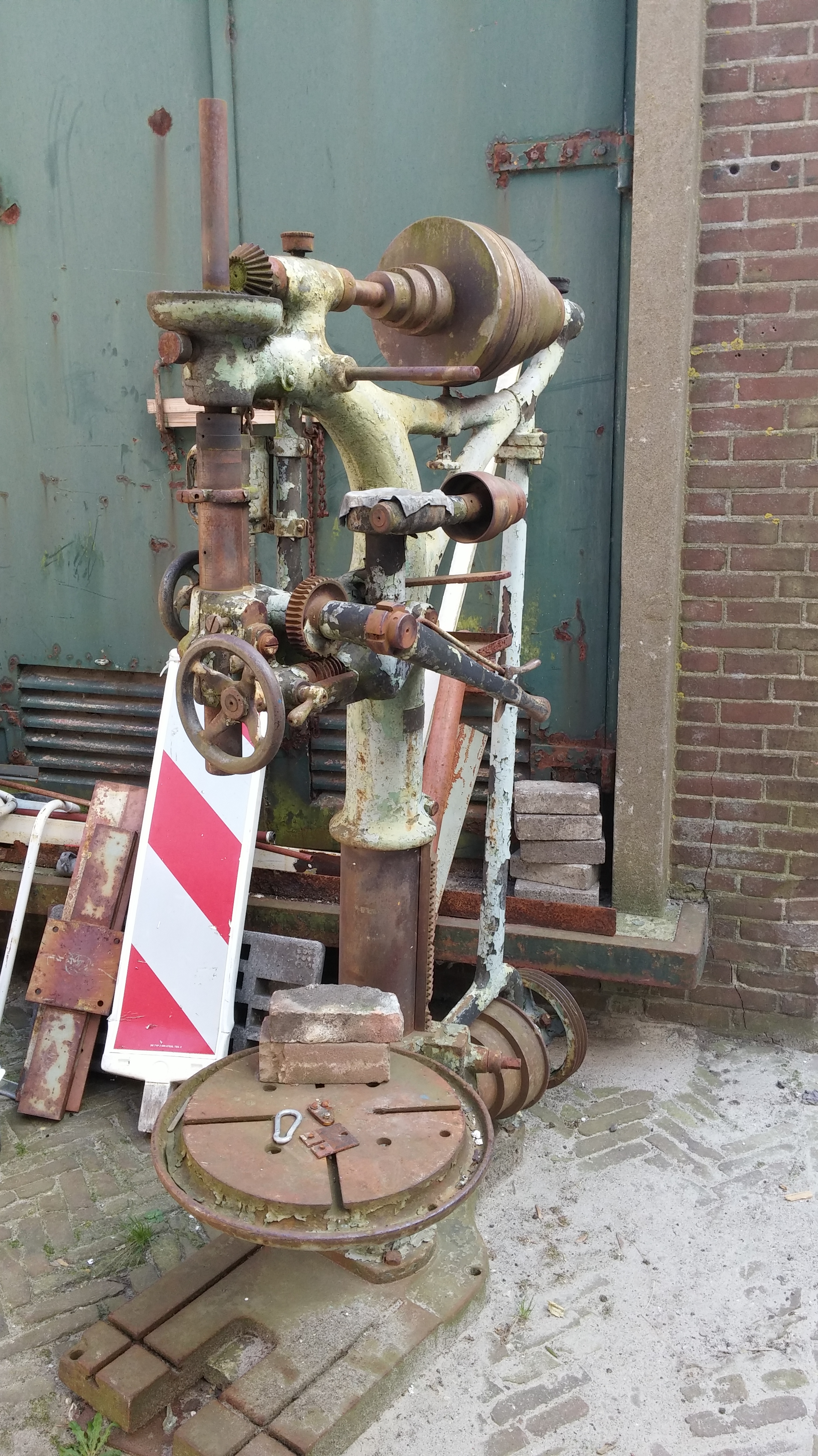 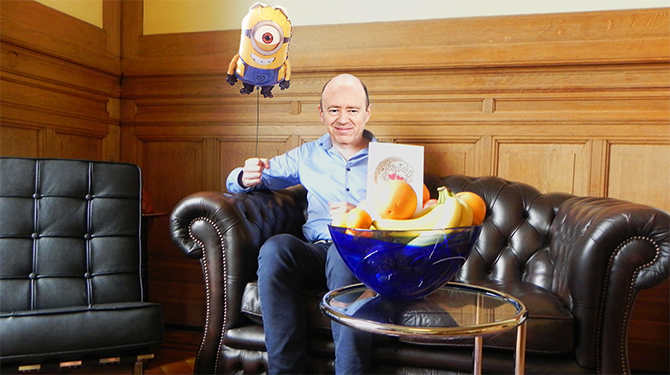 Wells Fargo CEO Timothy Sloan feels support from all the heartwarming cards, fruit baskets, teddy-bears and drawings he has received.

“Thank you so much, dear ‘people’,” he lets us know with a large Minions balloon in hand.

Wells Fargo had not been feeling well for a long time already. “We still sometimes feel an ache from all the junk mortgages we doled out, and the billion-dollar fines didn’t help much, either,” says Sloan while showing a huge card on which a taxpayer wrote “Get Wells Soon” in giant letters. “But hopefully, we’ll soon have recovered soon enough to fetch me some ridiculous bonuses again.”

Many of the 8 million private customers have sent fruit baskets to their bank. Among them, Hank Dinger from Farmburg. He lost his job in the previous economic crisis and only now, years later, gets sporadic invitations for job interviews again. “But do take care of yourselves, will you?”, the sender card says, on which a pencil drawn tangerine gives a thumbs-up.

Biting an apple, CEO Sloan recognises that Wells Fargo had not been feeling too well already for a longer time in its capital position. “Due to the stock market slump we were more prone to be infected by sick speculators and hedge funds and all sorts of other external factors but us,” he explains. “From now on, we’ll pursue a more healthy strategy; promise!”

According to financial doctors, the bank is in worse health than Sloan would want to admit: “Chances are that Well Fargo will not have much time and the problems may spread to the North-Western economy. The only true remedy at this stage, is a double dose of lay-offs, and a financial injection by the government.”

FED Chair Janet Yellen does not want to give that injection just yet. She has scolded management because it had neglected its health, but also showed tender concern and care by providing a pan of home-made chicken soup. She gave Timothy a kiss on the forehead. “Better!”

I would not have every man nor every part of a man cultivated, any more than I would have every acre of earth cultivated: part will be tillage, but the greater part will be meadow and forest, not only serving an immediate use, but preparing a mould against a distant future, by the annual decay of the vegetation which it supports.

Which again, points at not every waking hour should be spent on work within the straight jacket of Process(es) and procedures, just clicking the only icons you have. But also having, taking, the time to let one’s mind wander, and do things differently, for the very purpose only of refreshment. Refreshment of the mind, for the purpose of that creating the mould, … on which future creativity is crucially, essentially dependant.

Without ‘idle’ land and time (spent on refreshment and enrichment, e.g., through reading serious (sic) i.e., only tangentially business-related (sic) books), your future will be a depleted land, a life spent being a wringed-out lemon for others’ profits.
With idleness, refreshment and joy (that essential true-life ingredient), you can be(come) all you want to be and live a full life. 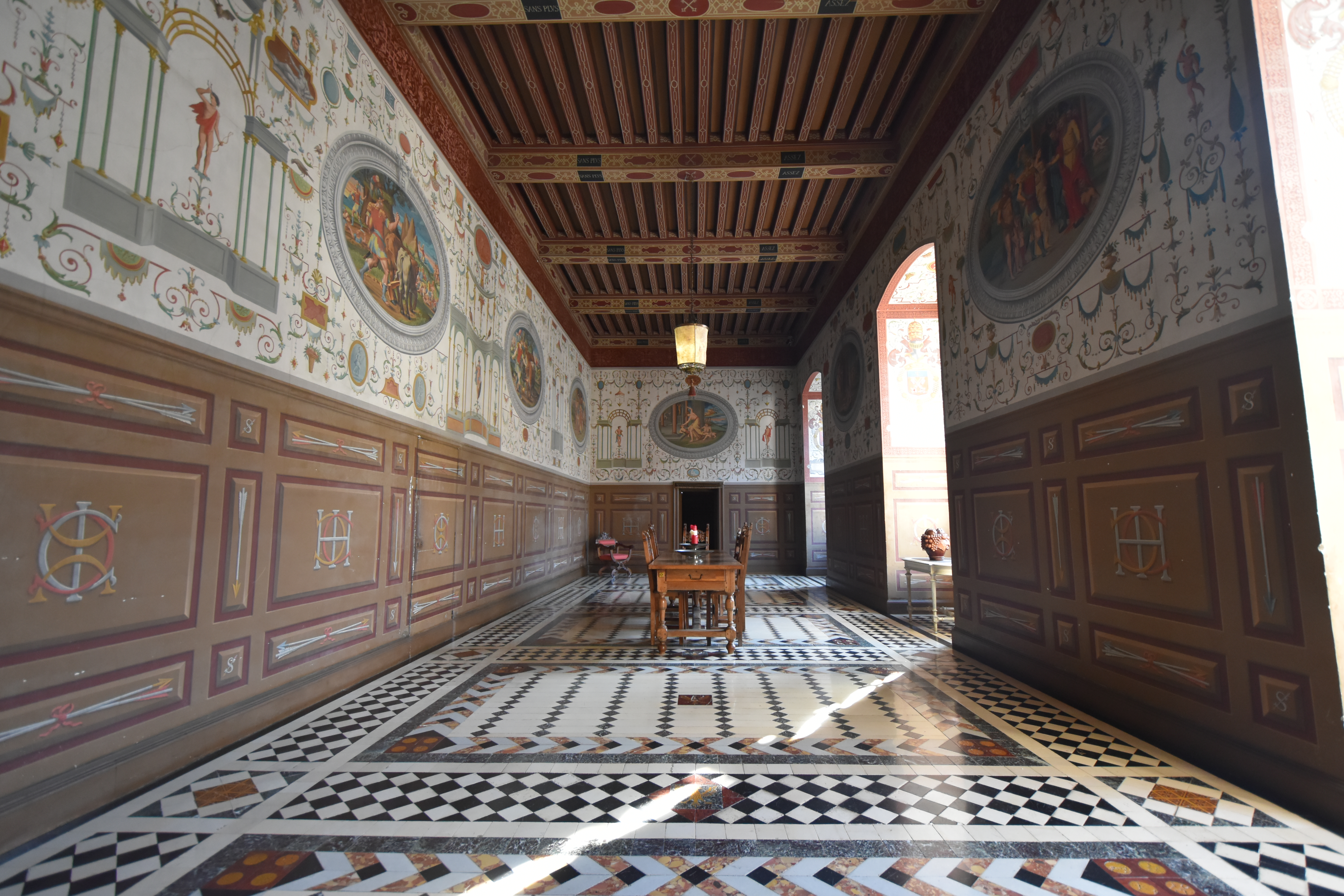 [Even the ground enriches the eyes… Plus, straight lines at a slight angle are more interesting >:-] ; Ancy-le-Franc, Aube]

New ideas come into this world somewhat like falling meteors, with a flash and an explosion, and perhaps somebody’s castle roof perforated.

Again, one that is true on the surface. And true deeper down. Apart from the link to ‘true’ disruption of the cozy dinosaur life, the flash and explosion are of course the hype and bubble burst that we see so often. But the castle roof perforated… Often, yes, either blowing away the castle / imcumbent or giving a foundation for a rebuilt dwelling. Note ‘castle’ not ‘house’: The (well…) mighty being hit mostentimes not the underlings (?).
Note also the wish of many to the ‘shooting star’, that their life may change for the better some way i.e., current life needs improvement. If truly so, the wish may be granted, if not, it will not since then it’s a false claim to provenance to bestow even more on the ones that already Have. The nots, are the reason to keep one’s wish quiet — out of shame, perhaps. 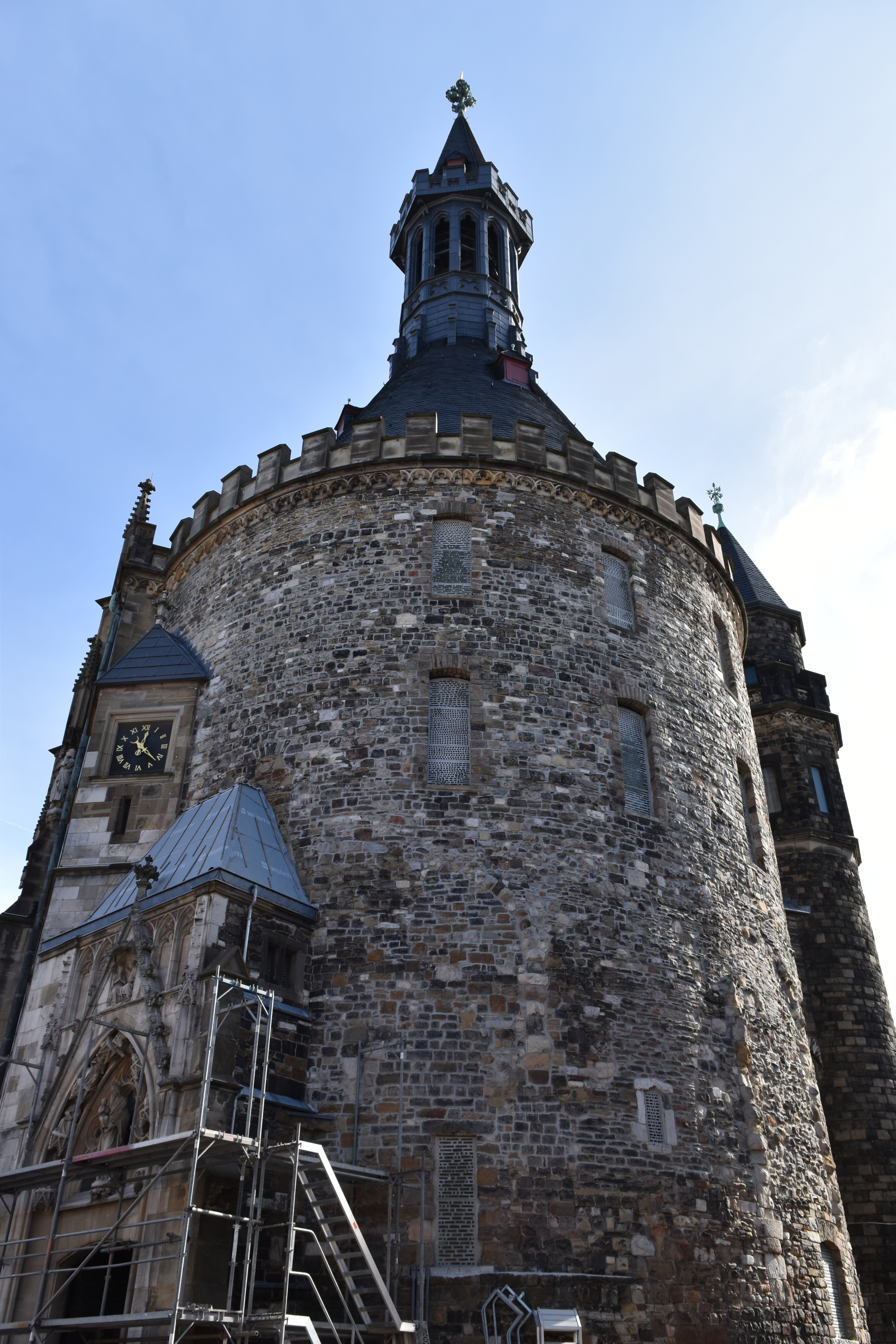 [Pharsalus on the wall — sometimes, not a meteor but a decisive battle gives fate the chance to intervene; or you were up against Julius, then you were doomed anyway; chateau Ancy le Franc, Aube]

Off the cuff. Sphären is closer to Finnegan’s Wake than it is to Nietzsche. Qua language, here and there.

[Emulatable qua plomb. The Dutch background, not so much.]

Because all those high on Mr. Robot, looking alike but wannabe, deep down still would want to be like the center character in this (see the pic below), herewith:
For WikiLeaks, can see me in all privacy detail.
For WikiLeaks, I never more can hide.
You can see ev’rything about me, so much in all my browsing history ever.
I never felt until it hurt me to death.

For WikiLeaks, the servers are never cold.
You really know me, that’s all about me there is to know.
For sure I’m an open book because I know you’re mining my info right now,
But you won’t need to read between the lines.

Which is indeed Number Four in line with this, this and this…