Well, well, we we at it again. An On The Job assessment of recruiting-HR. If you wondered: It didn’t go well – for the also present possible/prospective chief [hereafter: chief] with a somewhat-urgent vacancy. The following may read as accusative to the feeble-hearted reader, but is not meant to be other than an ironic display; could fit in a Monty Python sketch…

What happen? Well, it was a throw-back to times before that became a meme. If anything of the previous two sentences doesn’t make sense, then well, there you have it.
Last time I had a similar experience, at least was five years back… (as here), not now that we’re closing in on the 20-20s. Dinos seem to have a knack of staying around.

Which also is a summary of – in my experience of 45mins.; maybe your mileage varies – the capabilities of the recruiter. [With which I mean the HR guy [hereafter: guy], not the external liaison agency.]
This actually being the guy that interviewed me six years before, with similar quality, with similar results. Not that at that time, the recruiter had any issues to communicate, only an apparent grudge for reasons [truly] unknown to me. This one then, hadn’t developed over those six years, either professionally or personally:

At the reception, I met the chief. We had both worked for some other firm (close but not together) more than a decade earlier, but still were on the same communications level immediately. When she was off for coffee, the guy asked whether I’ve been at the office before. I said I had been there times immemorial ago [see above, I had checked my emails from back then in advance about how it went, then], the guy didn’t seem to recall.

Then, of course there were questions, repeated, about why I might consider a perm contract while having been independent for over seven years. I explained, truthfully. Didn’t want to also bring up this directly and/or in flip side, as the guy might feel implicated. No (as in zero) questions beyond what any uninitiated could read from my CV qua run-off-the-mill work content, from the guy. [Chief did ask, and we had a good, somewhat productive even, back-and-forth on content and developments therein. See positive.2.a-.b below. Though I had become less sure that the co. would provide a good environment, open to current-day and future methodologies [e.g., zero from their side on algo trading] and internal organisation market standards. Relying on 3LoD isn’t what one hopes to find w/ a new employer… Also, the privacy officer part of the position (yes) was also discussed. Apparently, instead of independence v.v. operational privacy tasks, subsumption under-under-… in the ‘2nd Line’ was intended. Not quite up-to-date with jurisprudence, eh?] A couple of vague ‘STAR’ attempts followed; how’zat for outdated/never-worked interview things…

In return, I asked about the position, of course. To which the chief answered; not the guy too much. At some point, we came to working hours. Though the industry concerned has over two decades of experience with 36-hour work weeks as standard, the guy was vehemently defending (?) 40-hour contracts, with a need to be flexible around that, in the plus definitely not the minus. Not within that even, as is customary everywhere in the country. I have no indication otherwise than that the assumption with the guy was that employees working 40 hours, actually are productive for 40 hours not 10 at most as is scientifically established, or that flex keeps one at minimum levels of effectiveness through being able to pick up the tiniest bits of development qua trade and content let alone development for one’s (professional) career. Or that being able to represent the co. externally, in professional-trade circles, might enhance future recruitment efforts.
Oh and of course, required salary was asked. I gave a ballpark, based on what I know to be a perfectly normal 12-months figure ex.benefits for this level/scope of position, he apparently took it as a final full-package ask price. Uhm, how did this and this [both Dutch] come about ..?

Next to that, my secondary engagements for which I’d wish to keep some flex and hours, and which the chief recognised as important for sane and proper future functioning as a professional, would be impossible to keep up according to the guy. To the point that a three-day teaching engagement two and a half months ahead, would make it impossible to on-board before that; zero chance. The guy kept pressing on about this. Apparently, he didn’t get the memo [as here, but also as here.]
Which calls into question the guy’s motives and quality as recruiting-HR (didn’t find any content knowledge beyond a few job profile buzzwords). And was the reason I hadn’t too many questions anymore. An hour scheduled, now at 45mins. I found no reason to continue.
By the way, the guy himself was with the firm already for seven years. Twice mentioned during the interview that attrition rates are bad – no mention of cause analysis.
The co. is in the process of being taken over; their previous strategic strength has struggled too long now and new initiatives haven’t born fruit quickly enough. The above qua HR conduct, when (not if) translated generically on operational and tactical levels (by the guy being in his right place, or setting oneself as standard while hiring), aligns with that and then this sort of thing is out of the co.’s league altogether. Do the math [quod non].
Edited to add: This here thing is fully correct, especially the latter bullets…

Conclusion: One good, one bad, it was ugly.

Let’s close off with a positive note or two or three or…:

1. It was a tragicomic experience, from which at least I learned a bit again. Unsure the others involved, have learned or will.

2. Discussions with the chief did give me some insights into
a. where a company of this size and stature stands, qua development in our fields (plural since it’s/they’re many) – apparently, what I normally blog about is far off for the ‘GRC’ environment I was interviewing for;
b. the reason the company will get taken over hence made me aware of the need to next time learn more about such strategic developments beforehand and during interviews;
c. what my own levels of knowledge/experience and near-future strengths and wants are.

3. The external liaison called early the next morning. Attentive.

And now for something completely different:

An update. Since they wanted a second interview, to gauge the fit of character.
This time, with a peer – that frankly did not display an understanding of the subject matter to be riskmanaged beyond much generalities – and a staff; enthousiastic but maybe not really with the long track record and education to fathom the finer details of the subject matter or history of it, let alone latest (last-decade) developments in it.
Yet another time-boxed meeting, with all sorts of questions that corroborated the above, no need to repeat at length. These two seemed like decent people, in need of support indeed. Note-taking, didn’t happen too much on either side. No, I did not give the rundown on what steps to take in situation A in case of B, one by one. The interview was to be about fit of character, not an instruction course. Yes, I did talk about how I would handle certain management issues.

Bringing up the subject of ML in trading at an industry-related co., the peer dismissed that as “Oh yeah, that’s merely implementing trade strategies”. Rrright; not strategy but execution, and not strategy but arbitrage hunting. And not done at this firm at all; at a tone to make clear that AI is fringe to the financial industry.
That company caters to, one mus be frank not the higher tiers of private investors [as core, vast majority part of the business – they have tried to diversify but had to admit in the takeover paperwork they had not made much progress with it which given all the above may not be overly surprising and giving a reason for being a takeover target maybe?], but shouldn’t they be dabbling with it as a service to their customers …?

Next, we discussed the takeover by the foreign co. … Yes very busy reorganisation times are ahead [in all areas but not the GRC one it seemed to be implied; how did they manage to give you that idea ..??], but hey this firm is a perfect geo fit to the Other’s portfolio and by the way they are in wholesale and we are in retail so it is obvious that we will remain a separate entity all the way. Yes of course that’s why a. you are all prepped to be very busy – with what, you think? you already stated to be busy and b. the official takeover paperwork states that your platform will be out, and theirs in. [I read that paperwork, but couldn’t notice that you had, too.] Your platform that serves still the vast majority of your business – and that new one will be managed and run from HQ that is in another country. So of course your co. will not change that much ..?? ‘It has already been agreed that the local name will stay’ [as is in the takeover paperwork too]… Right again, as always happens in the history of takeovers. Always, in a full 100% Not fashion. Three years maybe, then two years of having a ‘A XYZ company’ as tagline, and then swoosh, history. Or, if the Other finds out about management and systems quality in more detail, earlier when more than the token manager is replaced…

Yet again, the impression that ones were very busy with ‘being in GRC/3LoD oh how important and core business we are’, crowding out actual business development for the good with Framework Muss Sein.

Awaited their reply. Felt awkward that if their reply would be about meeting over terms & conditions, I would turn them down just like that. The salary would most probably not be more than about 70% of what I interviewed for some time before (where they thought me somewhat overqualified, at a seriously more difficult and unstructured environment…) which would not have been a problem if, big if, the job would be interesting enough. But the latter ‘compensation’ I probed to be not.
Got feedback a week later, via the external liaison again, nothing from them directly – they were, uhm, looking for someone more operational. As if I hadn’t guessed from the questions, same as here. My (close-to-audit) opinion: this. 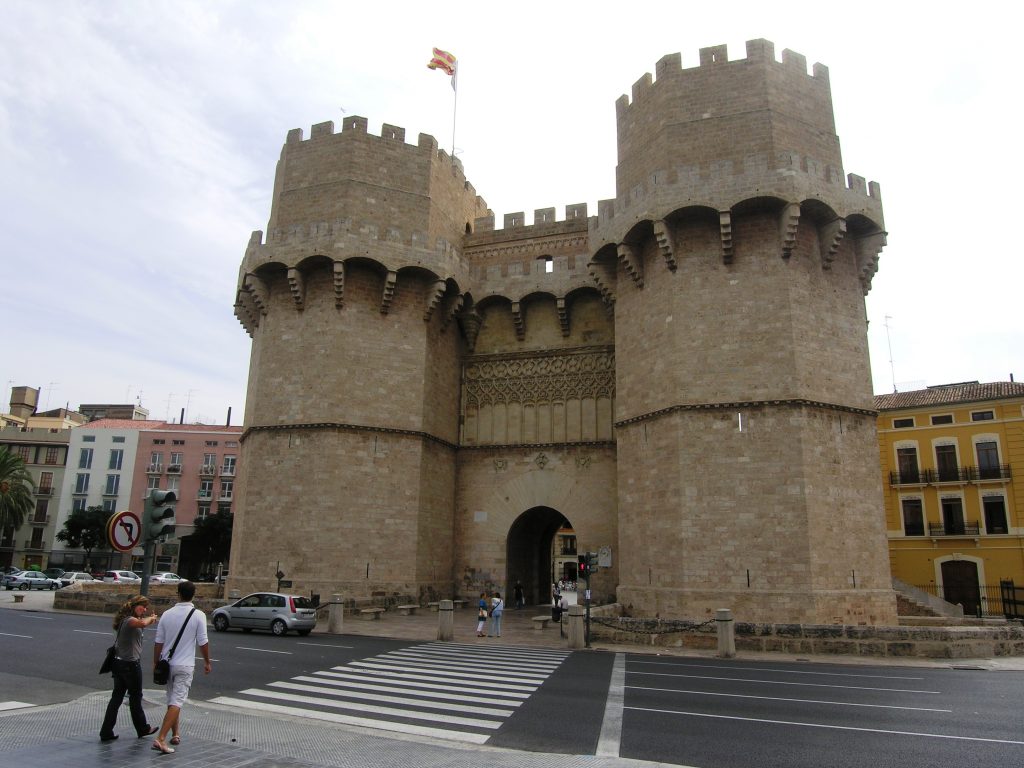 [The guy was from this era, now in ours of AI-driven flash auto-trades…; Valencia]