When dealing with awareness, certainly in the infosec field (#ditchcyber!), there seems to be a lot of confusion over the mere simple construct under discussion. Like, the equasion (with an s not a t) of Awareness with Knowledge plus Attitute plus Behaviour. Which, according to the simplest of checks, would not hold. Since Knowledge, and maybe Attitude, are apt components. But Behaviour is what eludes the other two, by the unconscious that drives 95% of our behaviour, in particular when dealing with any but the most hard-core mathematical-logic types of decision making and interaction.

Which is why so many ‘Infosec awareness programs’ fail …
First of all, they’re Training, mostly, even when in the form of nice posters and QR cards [that’s Quick Reference, not QR-code you history-knowledgeless i.e. completely clueless simpleton-robot-pastiche one!], and it’s true that “If you call it Training, you’ve lost your audience’s want to learn” – your audience will figure out it’s Training despite you packaging it differently; they needn’t even explicitly but intuitively (the level you aimed for, or what?) they will.
Second, all the groupwise that you do, doesn’t reflect in-group dynamics at the actual workplace and work flows, nor does it reflect the actual challenges, nor the individuals changing moods (attitudes). Oh the latter: Your attempt at changing Attitude is geared towards A in relation to infosec but that’s only such a tiny, so easily overlooked and forgettable part of the A all-the-time in the workspace.
Third, and arguably foremost, to plug ‘arguably’ as a trick’let to appear more interesting, What you aim for is not blank flat knowledge, nor even attitude, but Behavioural change. Do you really use the methods to achieve that ..?

Oh and of course I titled this post with something-something 5, to get more views. Geez, if you even fell for that… And: 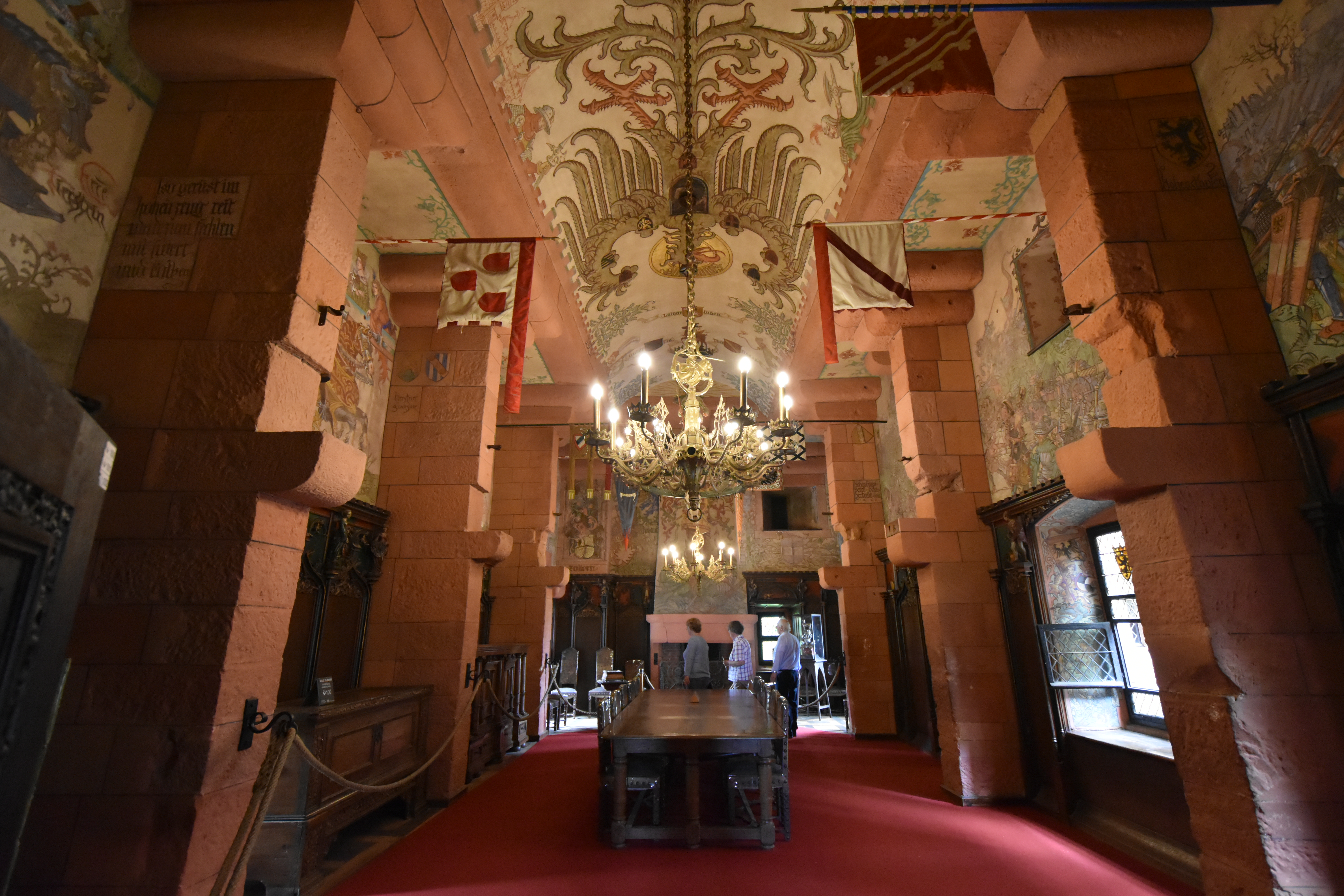 [Your Board wish they could ever obtain such a B-room; Haut Königsburg]