Just one of those things, questions, that swirl into my mind every so (too) often: What if, when, Mastodon is the Woodstock of social media ..? Wouldn’t that be grand. All pick your own Hendrix in this. Suggestion: him ;-|
On the serious side; the festival itself was hardly in mainstream news at the time, but (helped) triggered major societal changes. Let’s hope Big M (not with ac but on AC/DC) does the same, in these times of need. For such change. 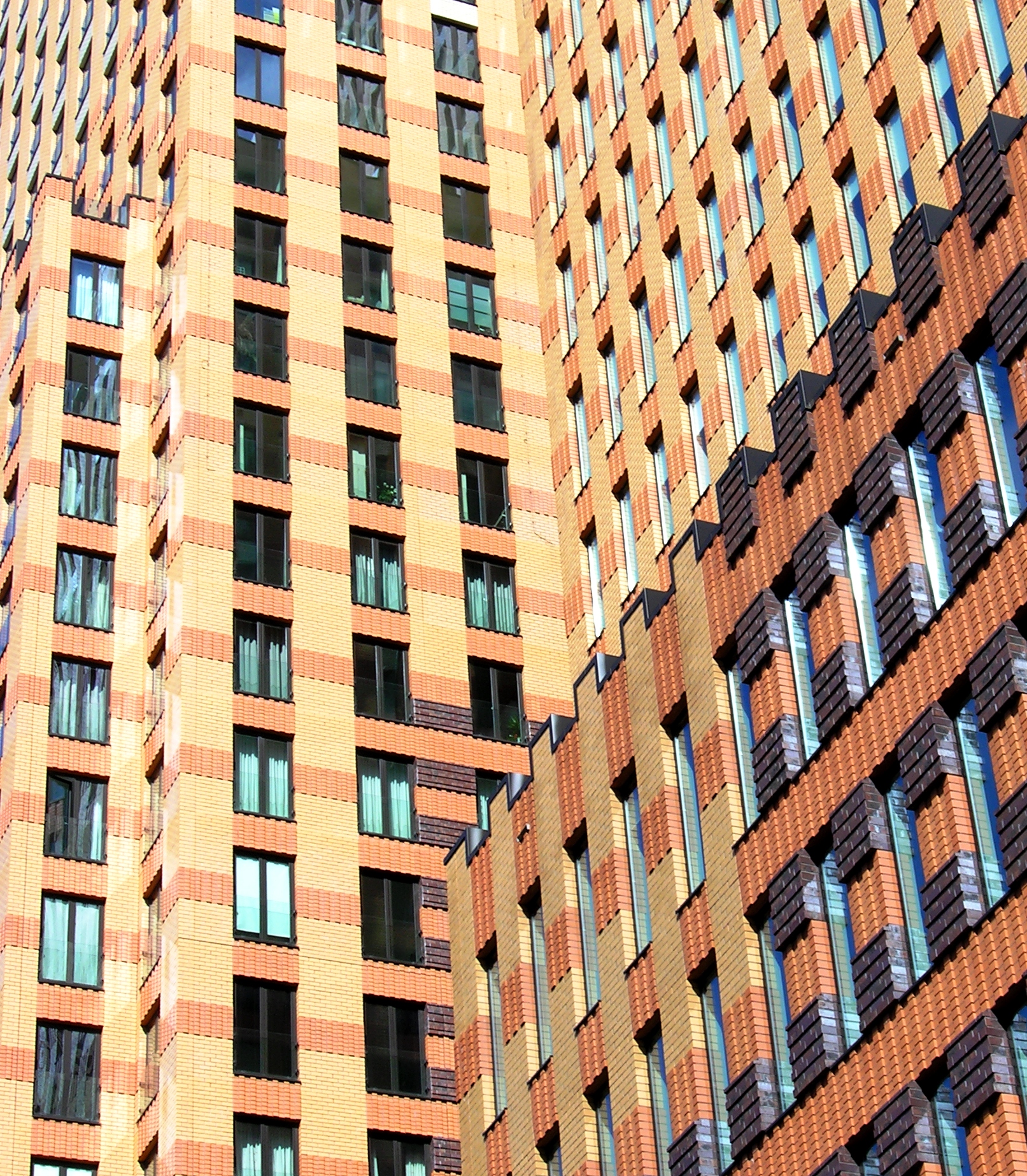 [No, this is not doctored or otherwise edited. Zuid-As, Ams]

This Throwback Thursday (new category indeed — here), we start off with a Piece of Art, both qua visuals and musical score…
Of course, this can only be, and the title refers to, this. Click and admire.

Just for your info: this here overview of programming languages popularity.
Not an endorsement in any way nor the opposite. But … would we want to endorse this list RE kids learning to program in prep/elementary schools, or at middle / high school levels and up ..? Because the list changes so much … before they finish their school, some languages may hardly exist at all (contra: COBOL’s #41 on the list…).

Putting it out there, for grabs. An art project.
Crowdfunding as the Purpose of it.
Imagine: 3D (sic) printing small parts of an existing Jackson Pollock, e.g., One: Number 31, 1950, and framing them in oversized rococo frames. Sizes of the cuts differ, depending on the amount of funding provided. Of course there should be some photo shoot (actual or virtual) of the pieces assembled, to the max of the original as possible (the frames will make completion of the puzzle impossible but that’s the point, too) and using some state-of-the-art knapsack algorithm.

The title being a mere reference to Turing machines. Since I wanted to bring up the subject of short-sightedness of those that do not understand the fundamental nature of the Church-Turing thesis and Halting Problem deeply enough.
Because they, symptomatically, consider that humans can solve the problems associated with it hence any machine that would think similarly enough or better than humans, would have overcome the problems by sheer thinkpower. But that is simply wrong. Humans do not overcome the problem, they work around its applications — another element of what makes us human, maybe. And there is no guarantee whatsoever, or rather to the contrary, that any ASI will be able to do the same, in all situations — because any true ASI will explode to cover all of the universe hence also all of its problem areas, right ..? [Reference to Kurzweil’s books and ideas not really necessary, are they?]
Gödel’s Incompleteness isn’t just something that can be solved! It is!, whether that’s fortunate or not. And a world ‘beyond’ such axiomatic issues, well… Wovon man nicht sprechen kann…

And Good versus Evil: Also not ‘solved’ by humans. And phenomenology — not something that the ultimate abstract of Hegelian Ratio can ‘solve’. And … 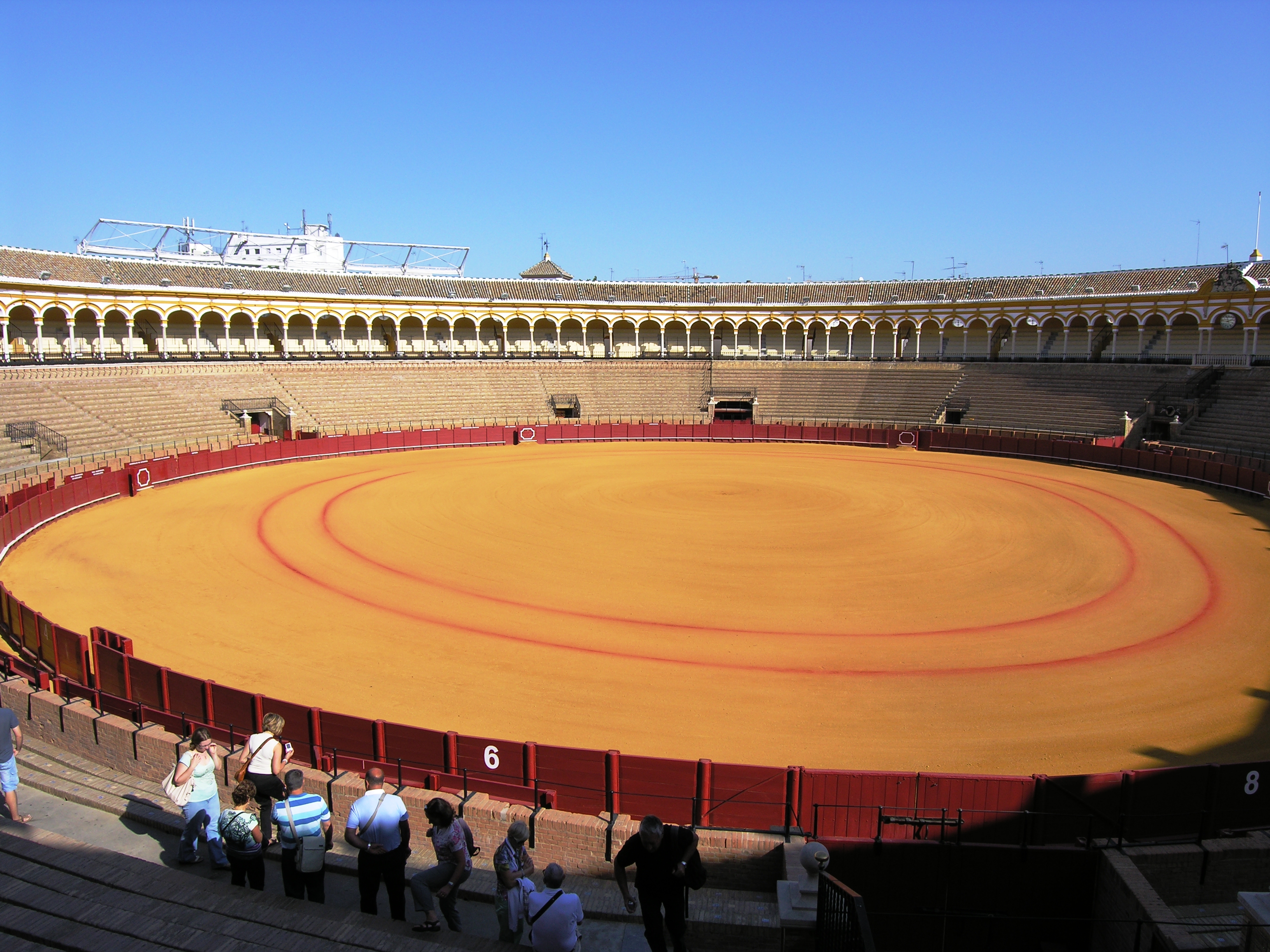 Just puttin’ it out there: Who in this, would I be ..?
Hint: Other times I don’t usually wear yellow very well.

No such classy innovation (‘dis…ruption …??’) anymore in CA or is there?

But then, there’s always other songs about me. Whatev’. And:

Not to Theseus, however close.
But on the superfluence of latter-day (PhD- in particular) theses in printed form. Wouldn’t they be much better on-line, in a format with clickable hyperlinks ..? Wasn’t that what hyperlinking was ‘invented’ for ..!?
Why then still rely on the old ‘footnote’ reference system… If only b/c some geriatric referees still want to see their own name printed and care less or not at all about hits. With the democratization of even science, wouldn’t hit scores (Errm, weighted by the authority of the visitors …! How? We’ll figure something out) be a better validity measure?

Yes, of course this would require a backlog of old printed articles to be put on-line, including linking their reference lists. But this effort should (sic) be minute, compared to today’s paper production — I mean, the production of papers. And, in the end, needed anyway.
Oh, another inhibitor for the oldies: their references can now be checked automatically (I guess (appropriately)) and their assumed notoriety will be exposed for what it is — which may not be liked by all.

But then, on-line theses would be much better readable since the Definitions and Research Description parts might be separate html docs, split away from the core science content.

Many more advantages, and this:

[No longer dungeoned but in Church, still stalactitic; Edinburg]

For those that see the world as coming to an end i.e. have a slight dislike for the popularity of apps and their users in particular, there’s hope of sorts in e.g., this.
As not all the world has in an instant gone from a salon socialiste ideal of ultracommunal discussion groups to hyperindividualistic eyes-glued-to-mobile-millennials (and younger…).

On the contrary, there are some signals that rebounds happen in all sorts of places. Children (can we lose the downright ugly ‘kids’, please ..!?) seem to still want to go out and play (big-if their parents aren’t ridiculously fearful, to be found out to not have an own life), and new media are made part of, not all of, their lives.
Also, the older ones, the ones that actually with their own hands built all the new gadgetry from the (scientific and artisanal) ground up, seem to adopt whatever is to their liking. Picking, cherry-picking, not losing themselves in uncritical slavery. This is what the above link demonstrates…: The Old may return, and be valued by all ages for what it stood and stands for. The feelz, that no ASI can emulate yet. Where humanity would seek refuge, calm and a sense of purpose; ‘robots‘ [oh dang HTML play nice with the ” and anchors! (sic, below)] outdoing us in the mundane.

No, no melancholy! Or so. Just positives. E.g., why would people still travel so much when the vast part of the experience can be streamed online? Including the standard holiday pics. Why would anyone care whether you’ve actually been there, and done that? Where ‘that’ was purposefully created for tourists only… And: 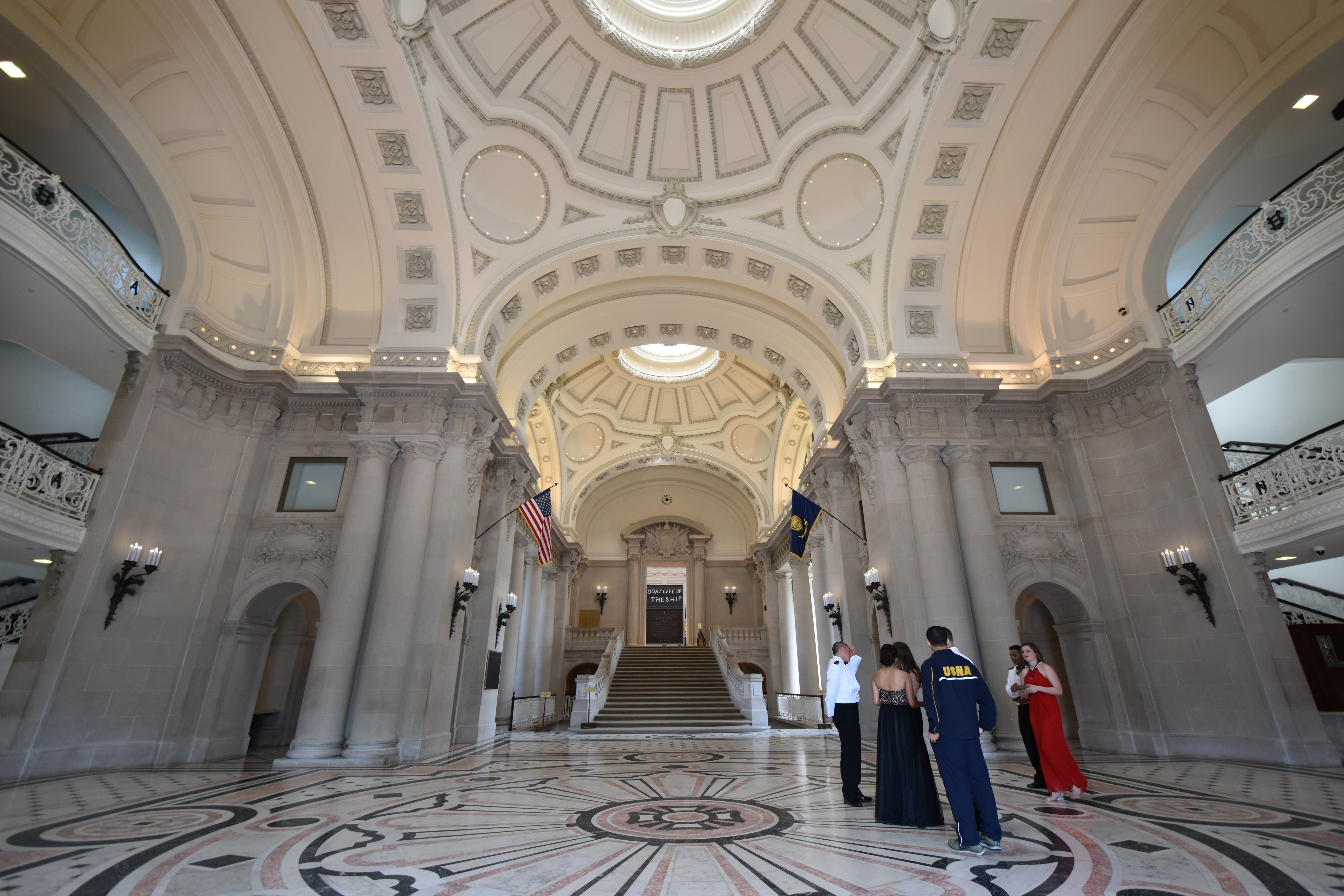 Just as an intermission; this. QQ, QZone ..? Good to (learn to) know (them), if only to wake us up to the classic-Western-world bias some may have…

That’s all for now. Your conclusions are valid, almost as valid as mine, in the limit. This: 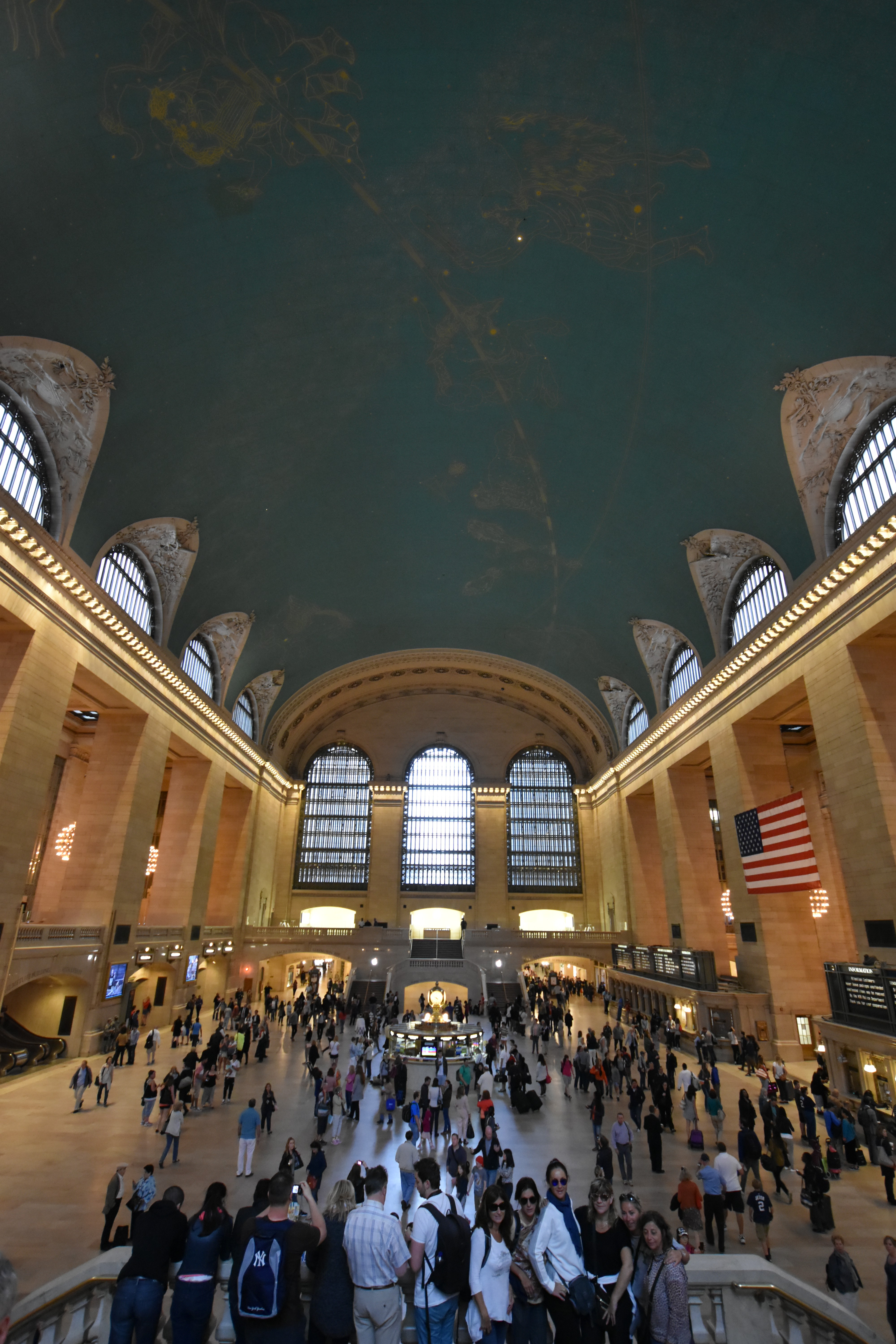 [Oh how glorious, brilliant, radiant (… you know …); and Central
If you wondered why the vertical warp: dunno, probably just WordPress’ error …]

There’s a self-driving angle (huh) in this somewhere but it remains just out of grasp. This being this; hamster-like ..?