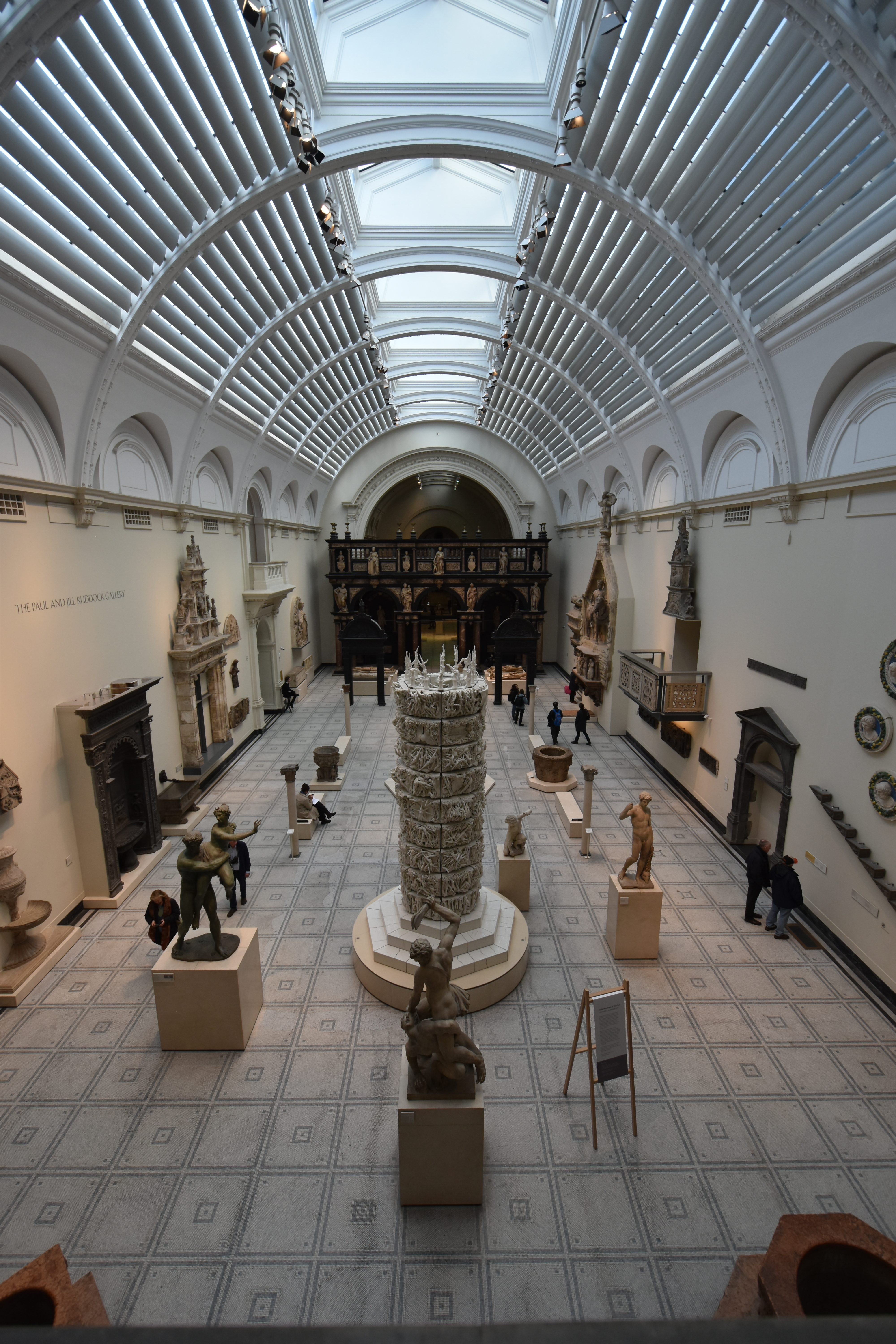 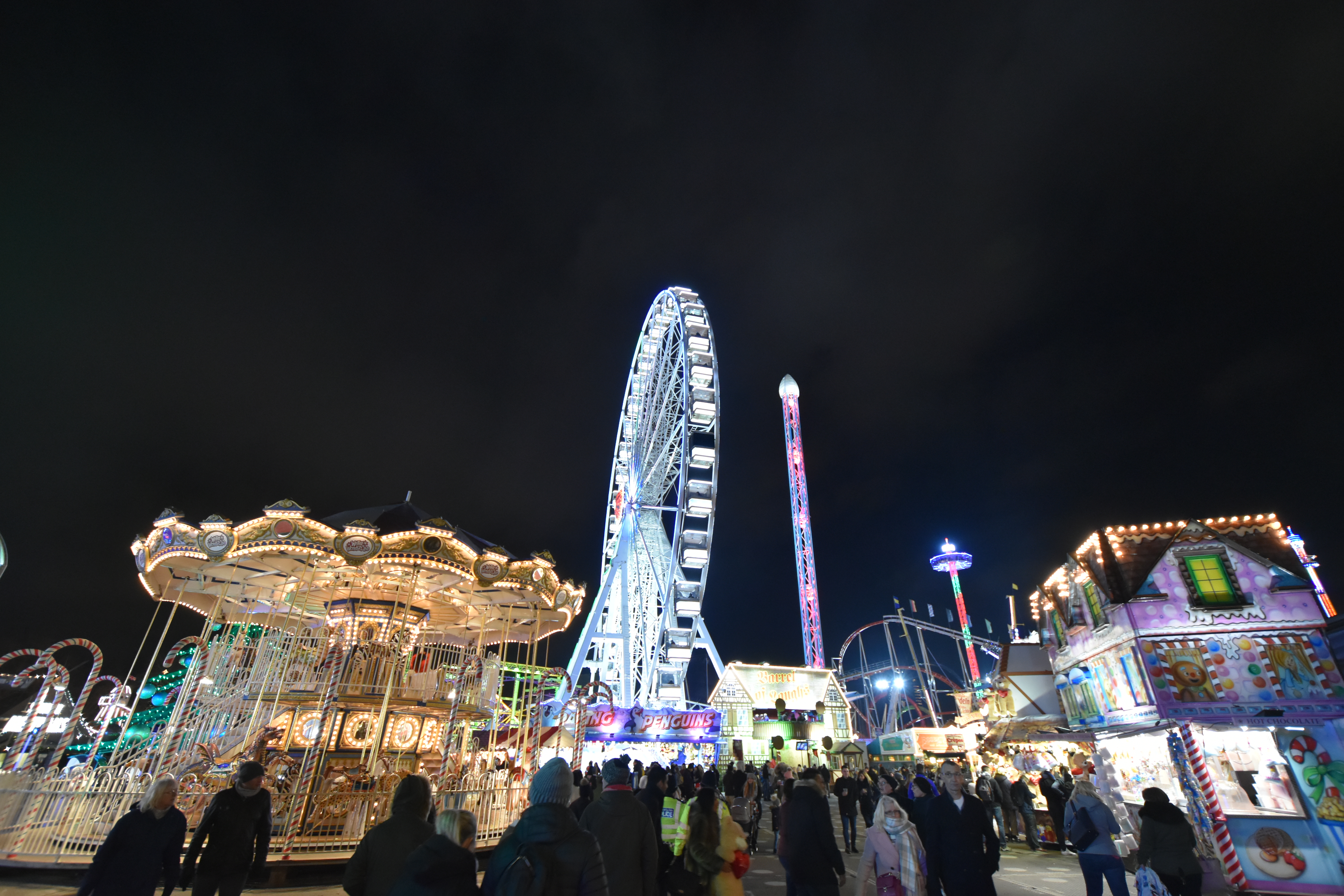 tation, that is.
Either here.
Or here.

From which I have learned, essentially this: Never trust. [Oh wait; here]
XOR never verify. Depends on which world you want to live.
So much for quotes. Let’s use our own insights. Preferably of the kind that is hard to relay, because that is (may be …!) an above-50% sign that it’s genuine and profound. Since putting things into words is hard, so when the process seems not so hard, the content probably is flimsy, to make it not so hard.

Circles… Now, on to the Weekend! And: 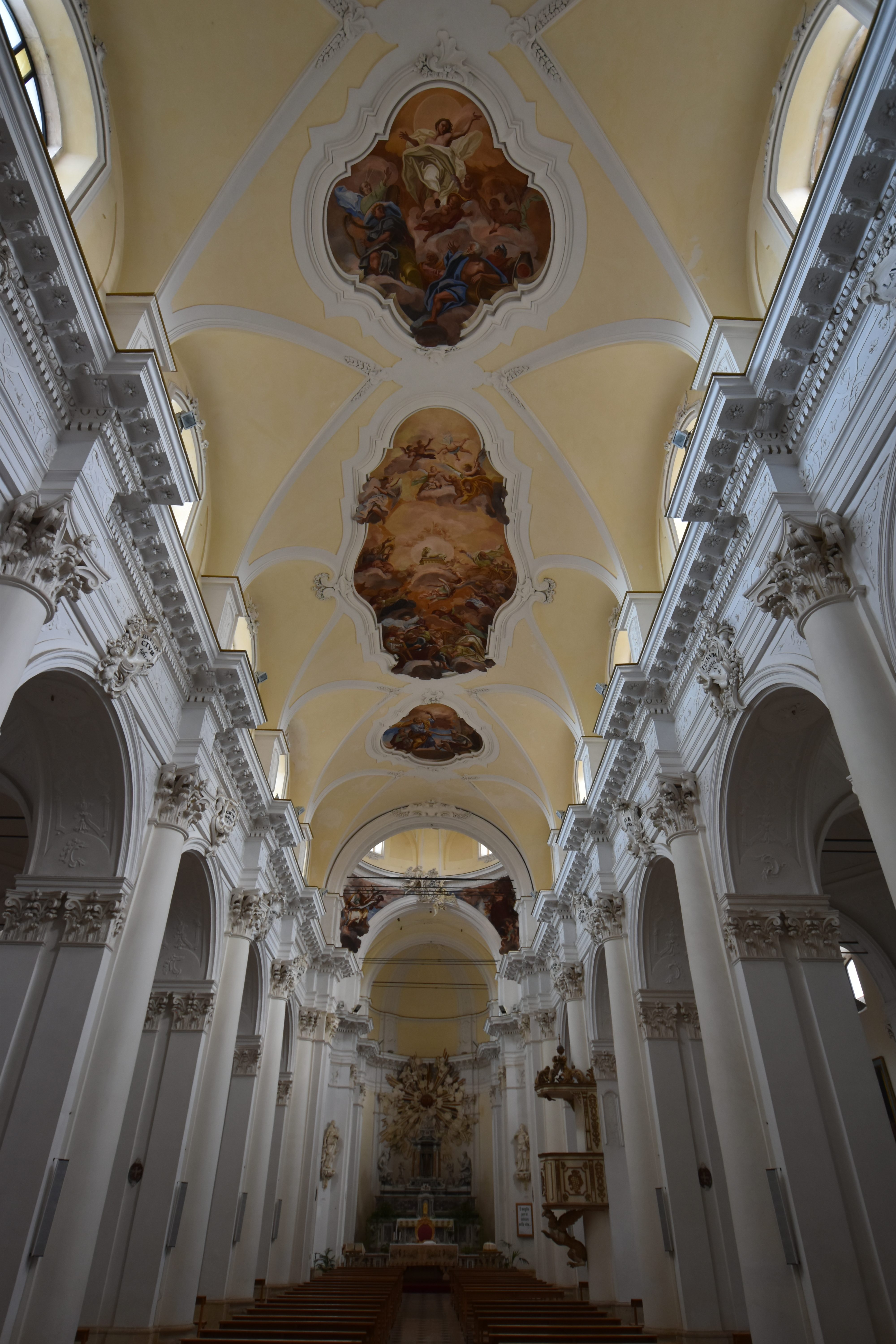 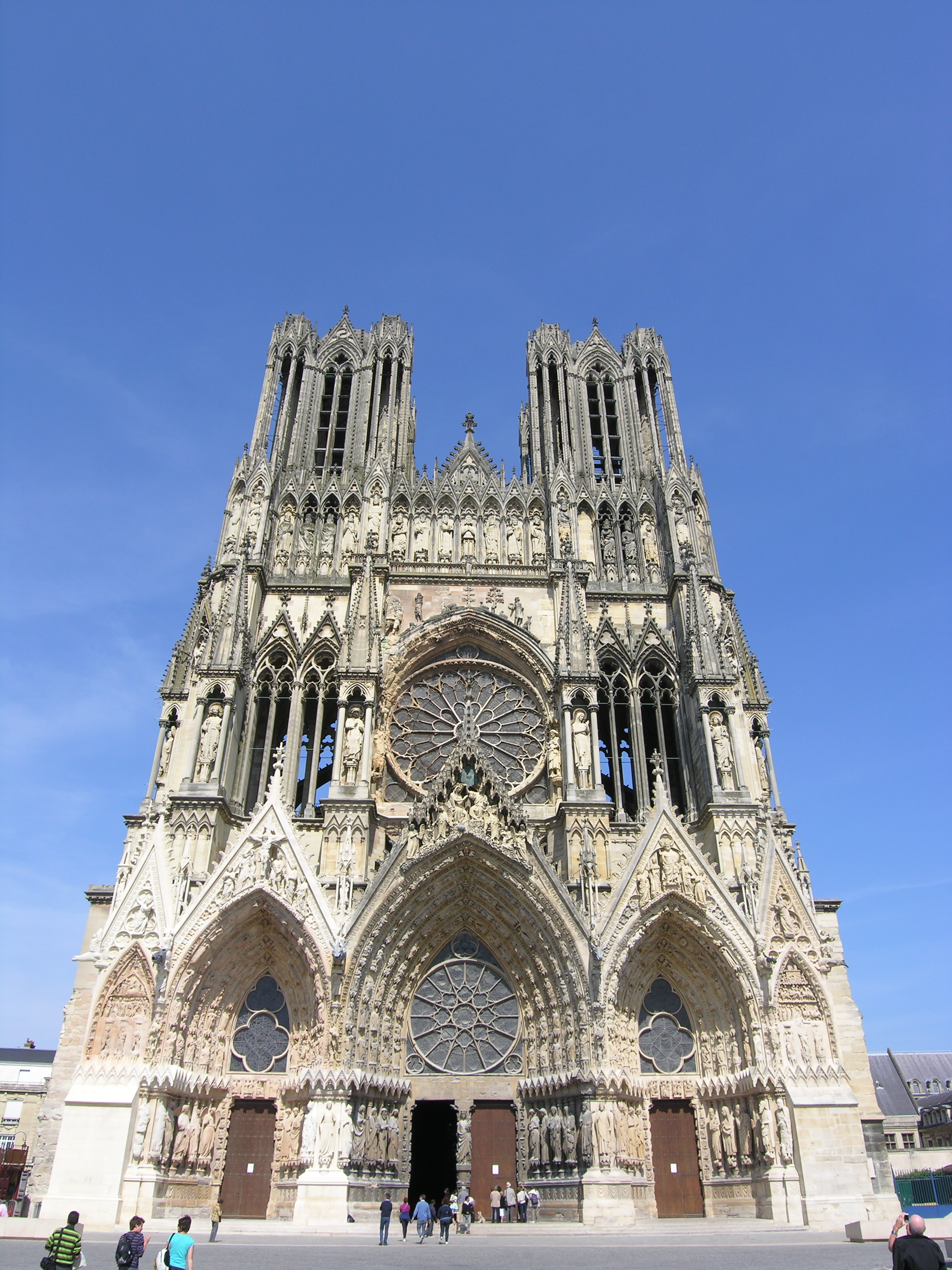 [Somewhere in France; tend to forget where.]

Well, not really a misquote straight away, but on this Tuesday Miss Quote day (not), did not Einstein say

Which is often interpreted to have him say that the indetermination of the endless but not limitless (or was it the other way around?) number and times of quantum changes aren’t feasible and some deterministic model will eventually be found to be able to actually predict, no chance calculus or Schrödinger’s herd of cats probabilities, all of Nature’s developments as All is predetermined. Where E is made out as a … well, on this point simpleton unbeliever, proven wrong by quantum mechanics / dynamics / what-have-we.

Of course, this is the same E of the Time is that not all things happen at once — demonstrated to be at the core of just any religions’ deepest insights, closest as anyone can get to spiritual return/back-integration/solution (in)to one’s Maker. Even at a mundane level, he was brought to doubt his cosmological constant and then this happened. And this.
Hence, we are reminded that E’s dice game denial was, at the core, not fully original. Emerson’s Nature (ch VI, Idealism, line 37; 1904 edition) has:

God never jests with us, and will not compromise the end of nature by permitting any inconsequence in its procession.

Which I consider to be so similar that comparable interpretation is fully allowed, and the differences may be telling or not (insignificance). And with the disownment (yes that’s a word, since I use it) of the relevance to dunces’ quantum blah.

So, I’ll leave you with: 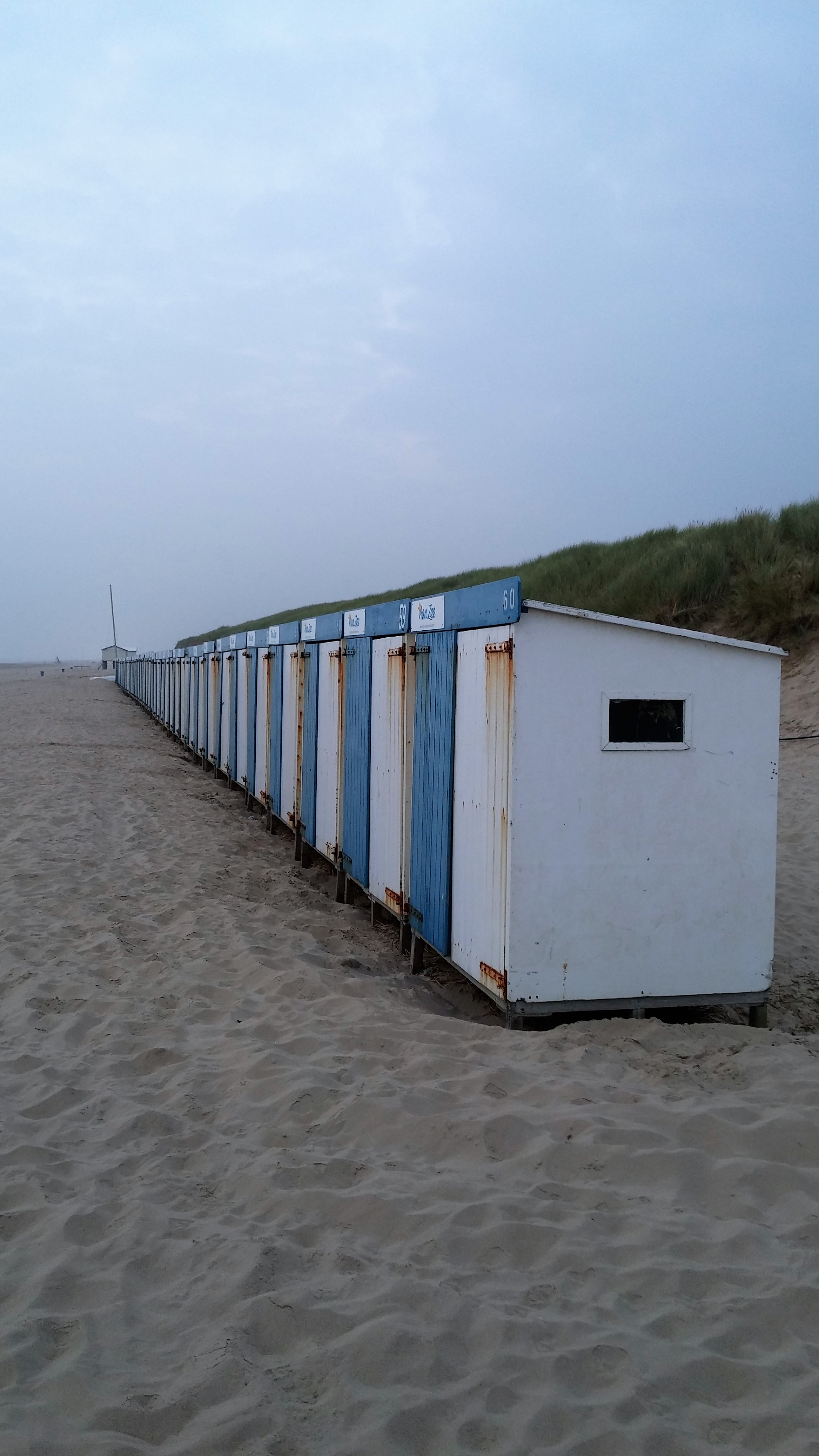 Yet another one in a series, a rather old one:
“There’s nothing sure in life except death and taxes.“

For one, “The only thing you can be sure of, so the saying goes, are death and taxes — but don’t be too sure about death.” (Joseph Strout) — before but on the Kurzweillian strain of thought (more on that elsewhere on this blog) that ‘humans’ may leave their biological medium (‘substrate’) and live forever — probably on tape or 5″ floppy disks though that angle Ray discusses [satisfactory, for once] too. But whether Ray’s scenario turns out to be true (where would religion go …? Betraying his/his father’s roots?), or the Spinozaic or anthropomorphic deity would allow to be overruled in v1.1 of the Design, it would be short-sighted to take dying as inescapable.

For another, [skipping lazy evaluation of the And clause that would already render the quote a miss] David Graeber already proved that in the history of humanity, almost no-one ever paid taxes, the above is just an order by the receiving end put onto the paying end to suppress any even the slightest inkling of an idea for revolt. Whereas the Dutch started their war of independence officially because of an income tax levy of 10% — the outrage! and practice was ‘slightly’ different, very probably. So, no score here, either.

And the Hegel of the title: Search my earlier posts on that.
And: 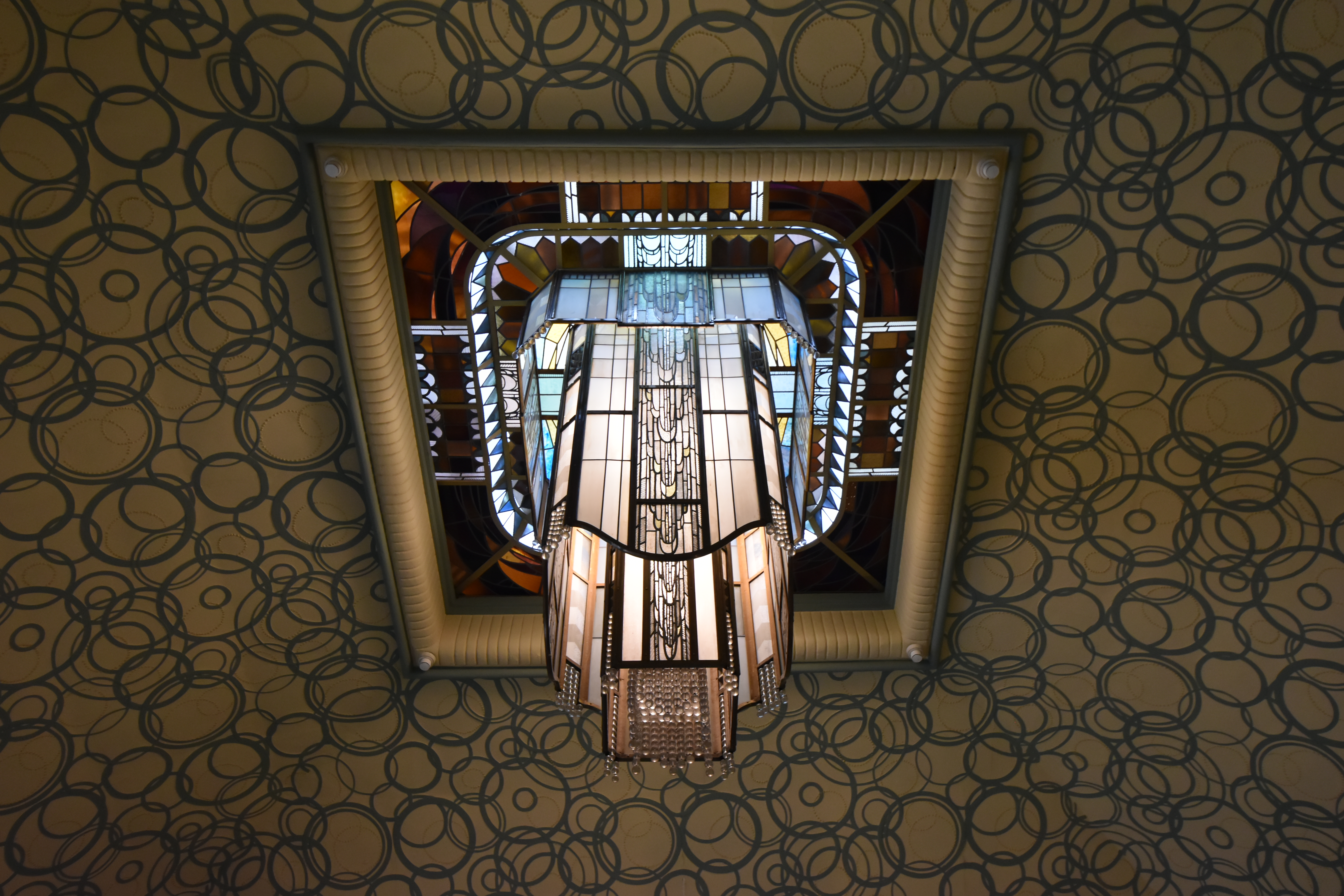 [This beauty however may not last forever ..? Bibliothèque Vanderbilt, Reims]

Heard often, lately, lame defense for some that utter the most ridiculous lies:
I disapprove of what you say, but I will defend to the death your right to say it.
(“Je désapprouve ce que vous dites, mais je défendrai à la mort votre droit à le dire”)

Which commonly is attributed to Voltaire (no surname needed), and refers to freedom of speech and democracy at large, even to the point of complete breakdown of ethics when falsely claiming Purple Hearts etc. But then, what Voltaire actually said was
Think for yourselves and let others enjoy the privilege to do so too.
(Essay on Tolerance)

Which is something else entirely. E.g., it starts with ‘Think’ — that so many don’t do, most by not being able to. And, ‘for yourselves’ which has the element of ‘and keep the results to yourselves as well, no need to blabber and reveal your thinking was garbage’. And, it’s a privilege. Nowhere does it say that you have the right to disturb anyone’s peace with you failure of logic. See the above link on false claims, and also refer to current-day elections politics in some global backwater…

I’m off to some wine tasting (business, not volume..!), so I’ll leave you with: 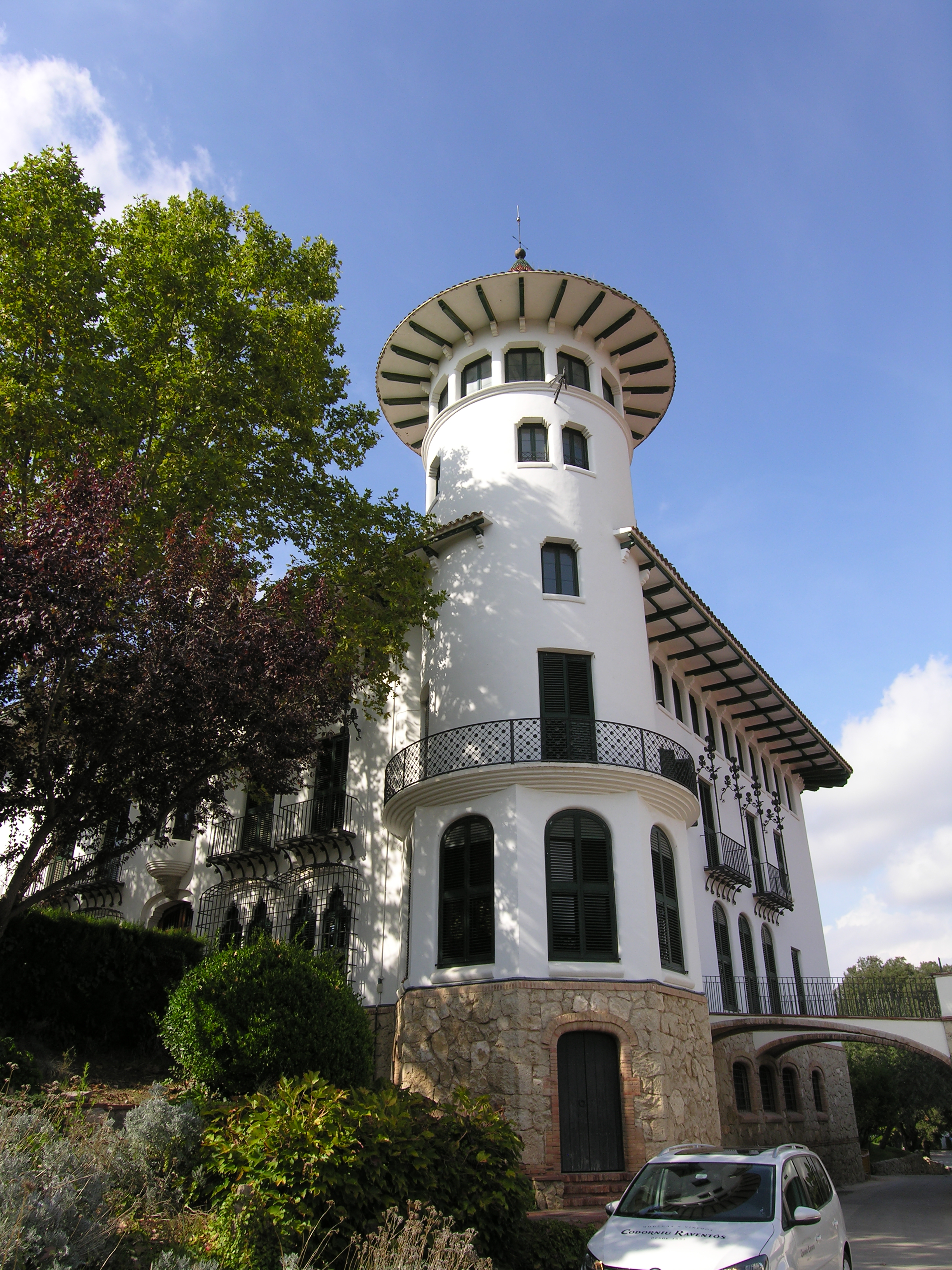 This second one in a series, a rather old one:
“Money is the root of all evil“
Which of course is true.
Though it isn’t.

Because the original is:
“For the love of money is the root of all evil: which while some coveted after, they have erred from the faith, and pierced themselves through with many sorrows.”
(1 Timothy 6:10) KJV (The King James Bible)
Where we have: The love for. Which can be quelled by the realization that it is bad form (‘erred from the faith’ — where faith is the ‘universalist’ social philosophy aspect of humanity/humanism, not the accidental form-over-substance) to love money for its own sake, piercing the lovers through with many sorrows to get ever more of it since it will not give satisfaction due to its unproductive core nature (i.e., useful, but nothing more; it isn’t the root in itself but a branch to club others with…!).

O kayyye, short but this will suffice. I am sure. And: 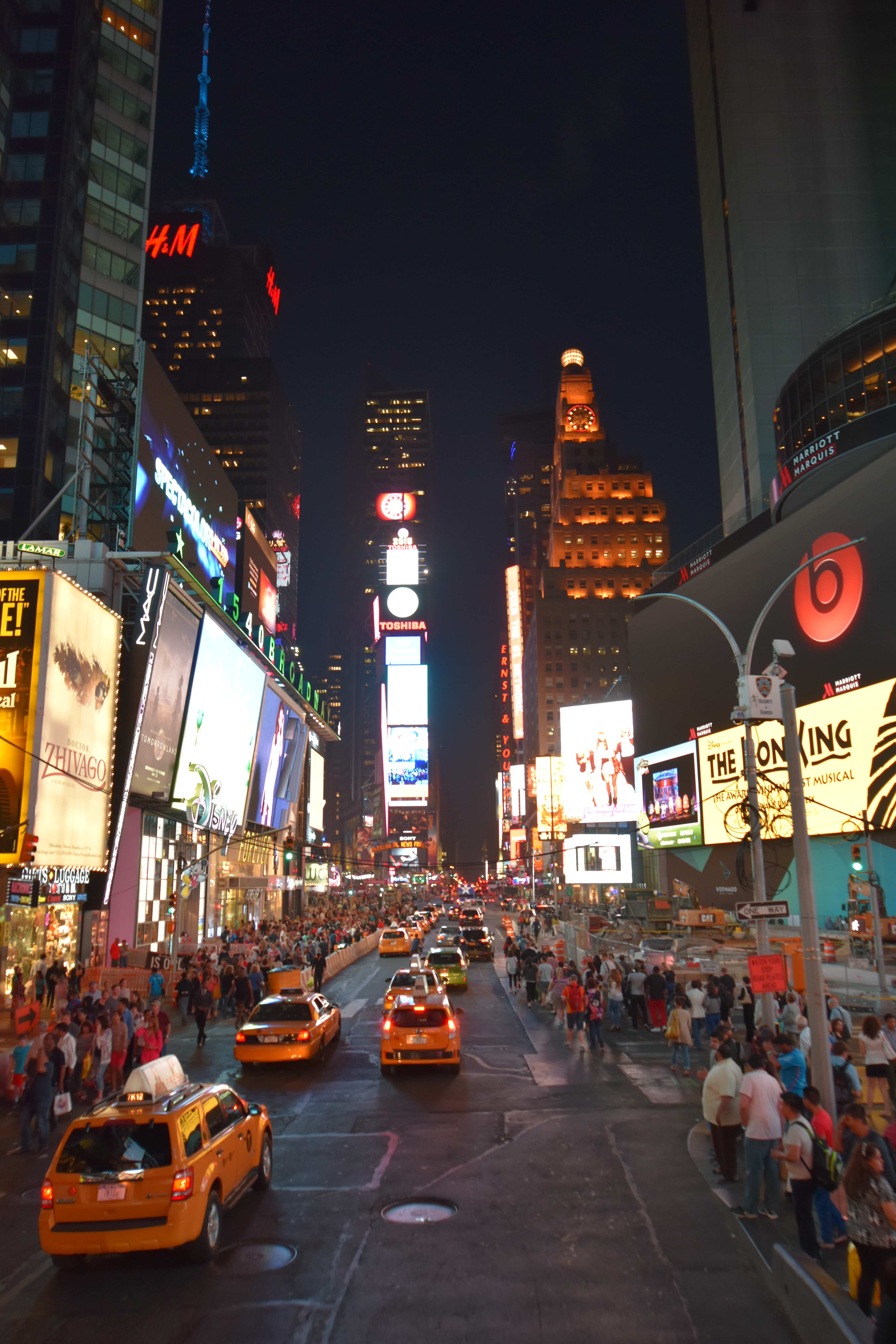 OK. The first one, then. A favorite of mine, since it is so often True and demonstrates the futility of the busybodies’ eager beaver detailed roadmap approaches:
“Even the best strategy does not survive first contact with the enemy.”
As said, this is true.

But as also said, this does not capture the fullness of the original, which is:
“No plan of operations extends with certainty beyond the first encounter with the enemy’s main strength.” [Von Moltke the Elder]
Which is a bit more elaborate (though still an extreme shortest of sound bites, for the period and original language), and for one focuses on the plan of Operations, for a second mentions (no) certainty, and for thirds talks about the enemy’s main strength, not just any lost recce squad.
This, to be interpreted as to say that strategy has no place when it comes to operations, execution in the hostile terrain out there (a.k.a. marketplace, blue ocean, or whatever), really, just completely fugeddaboudit — not quite the elucidation you expected, right ..?
And, instead of the original rather absolute (and slightly pessimistic), here we have a true risk-based approach: Scr.w It Let’s Do It (© Richard B.) has quite a probability to work, to result in positives.
Third, indeed, it’s the main strength that should concern you. What comes before, one can ‘control’ quite precise, in a Sun Tsu sense, right? And (in mirror) may or may not have any bearing on the main force.

So, we all agree that the original Quote was the better? Better enough to diss the latter-day shorthand? Or keep both ..?
I welcome your suggestions, by the way, for the next round of Miss Quotes.

Oh, and of course this: 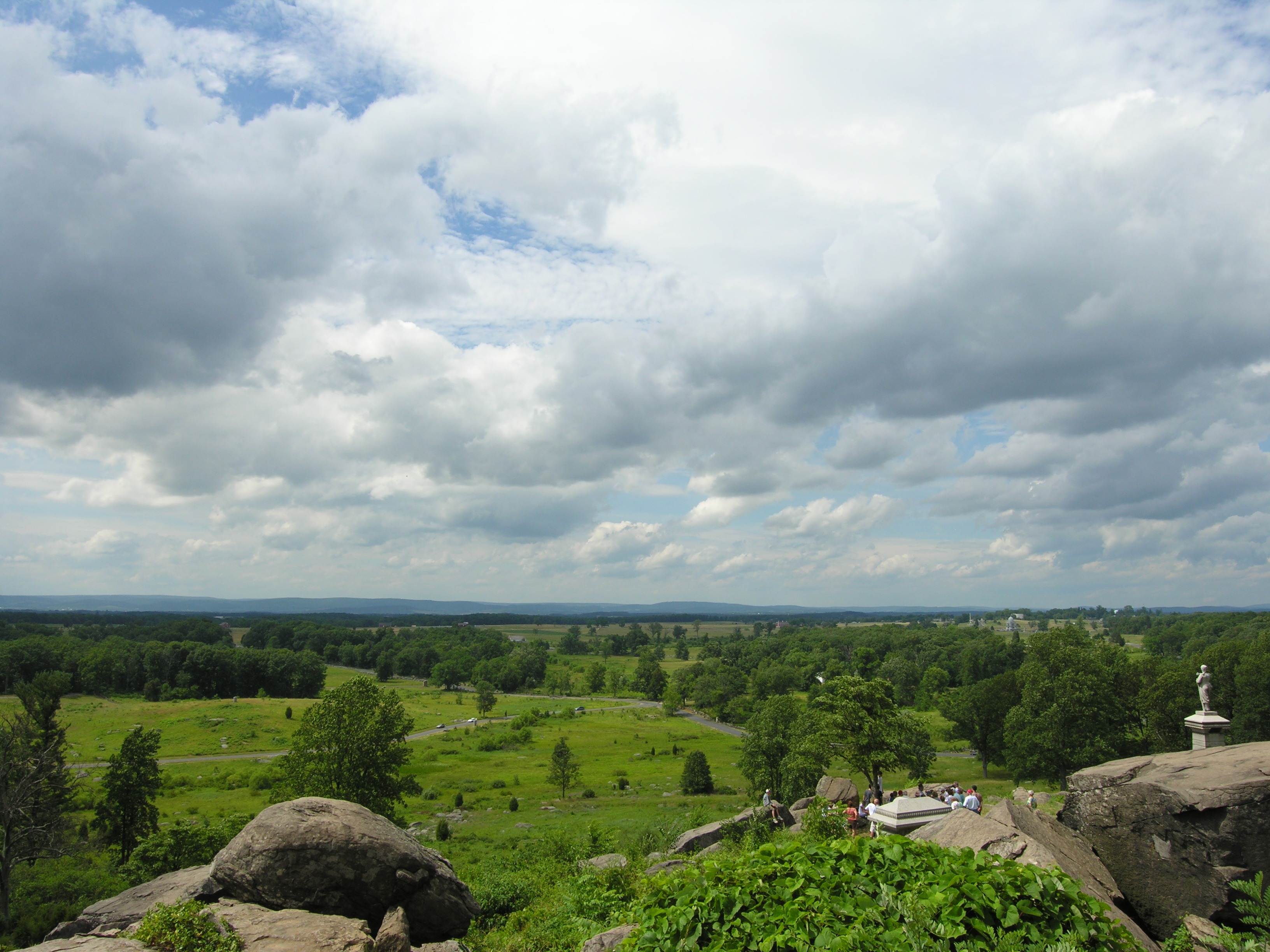